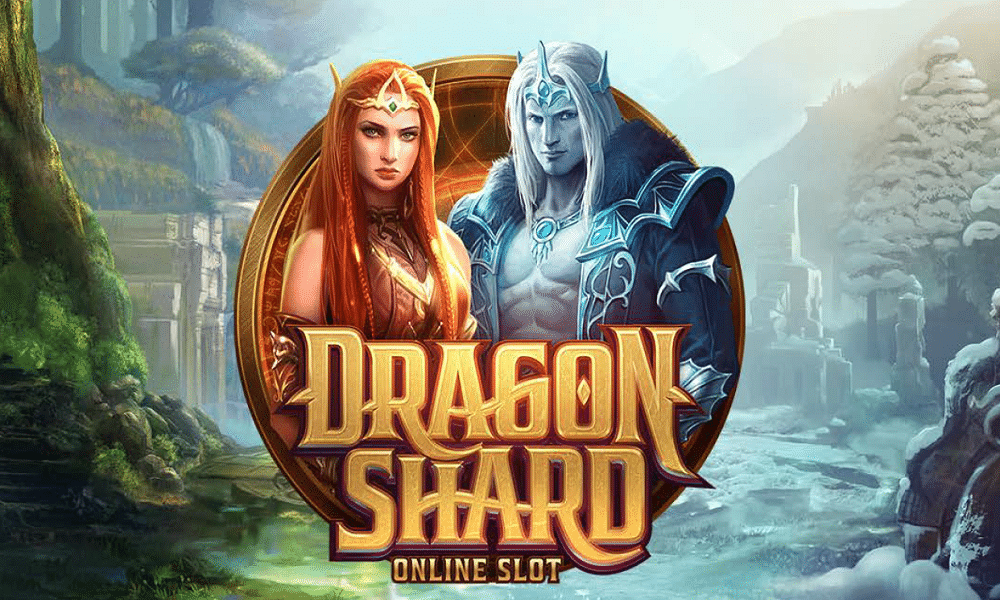 There have been tonnes of great fantasy themed online slots going around recently, so when we heard Micrograming were teaming up with their own studio Stormcraft Studios to develop Dragon Shard, we were instantly intrigued. And you can play it here at Umbingo the best place for bingo no deposit bonuses.

Stormcraft Studios’ first game, Fortunium, could be said to be one of the best online slot games in recent years due to its beautiful graphics and riveting gameplay, so when we begun to play Dragon Shard and realised it was very similar stylistically, we were intrigued.

Both are set on a 5x5 slot reel, both use 40 pay lines and both include loads of great bonuses and free spins, however Dragon Shard prefers a fantasy theme as opposed to the steam punk aesthetic set in Fortunium.

We preferred this endlessly, but the bettering of the original doesn’t stop there. In Dragon Shard slot game, Stormcraft Studios have improved just about everything. Although there is a little extra upfront cost for spins, the benefits of this are almost endless.

Dragon Shard will now pay both ways when activating the win booster feature, left to right and right to left, meaning that the chances of winning are effectively doubled.

Microgaming and Stormcraft Studios - the Developers of Dragon Shard

Microgaming are truly one of the originators of online slots, formed in Ireland all the way back in 1994. They can lay claim to some of the best online slot games created since then, including Game of Thrones and Lucha Legends. Not only have they embarked on hundreds, if not thousands, of solo missions to develop online slots, but they seem to have a knack for forming partnerships with newer, promising developers and now have created their own spin-off studio in Stormcraft Studios.

If Micrograming weren’t taking the world of online slots by storm before, they certainly are now. Dragon Shard is definitely a testament to their abilities, and you can play it on Umbingo right now, or have a look at some other Dragon themed slots below, some by Microgaming too: 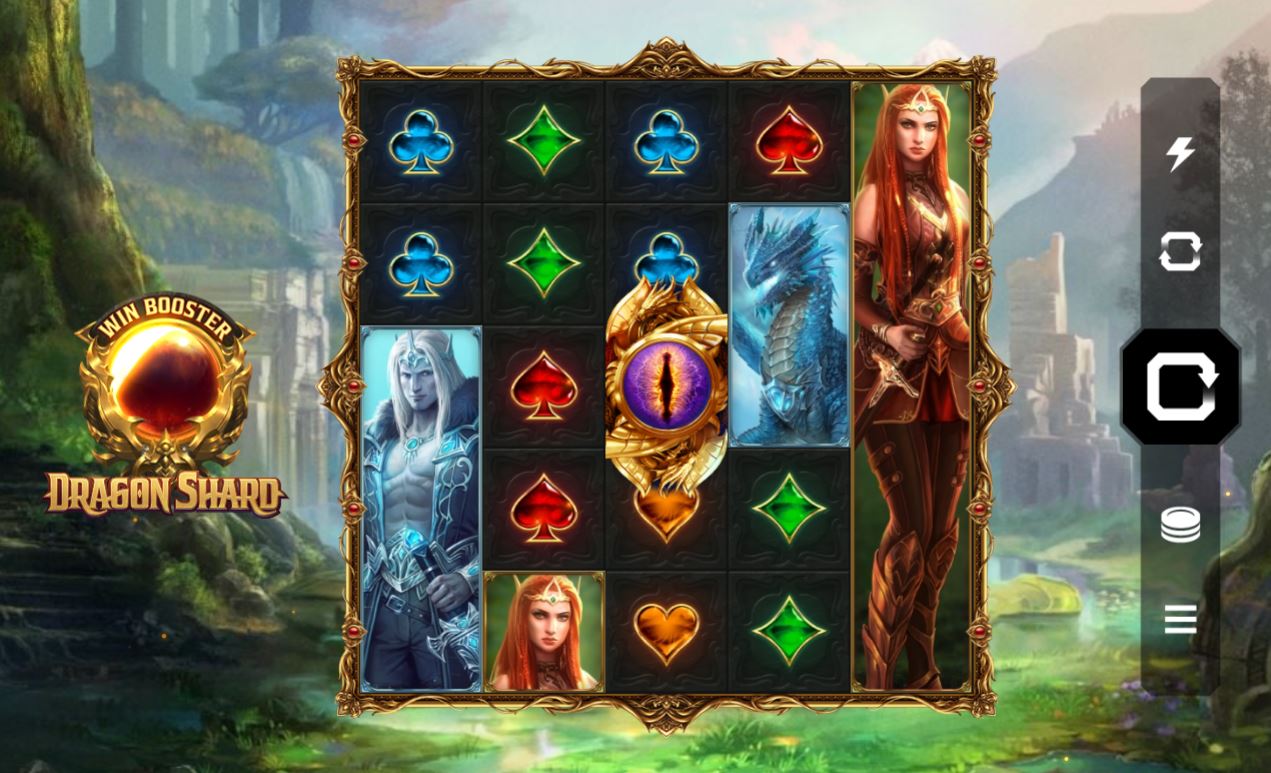 The playability benefits of this game in terms of its payouts are one thing, but the actual gameplay itself is on a different tier to most online slots on the market at the moment, like the Dragon Born slot.

You witness an ethereal battle between the Fire Queen and the Ice King, providing tension and excitement right off the bat. These are the two most important characters, and landing five of either will reward you with 8x your stake.

There are also mysterious symbols that appear occasionally, eventually revealing themselves to be symbols of high or low value, or a wild. 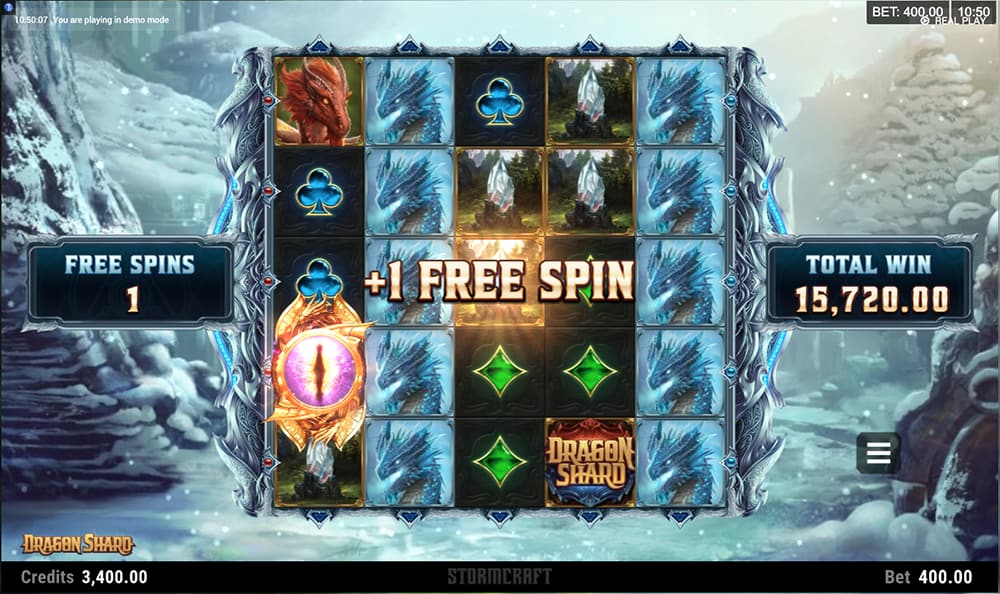 Another fantastic element of Dragon Shard is its outside-the-box thinking when it comes to the presentation of its bonus features. One of these is the Dragon Shard itself, which is effectively the wild symbol, and it can substitute for most other symbols or pay up to 20x your stake if you were to land a combination of five, just like the Dragon's Fire slot.

You’ll have the option to use the win booster feature in Dragon Shard when you first start playing playing, enabling wins from right to left on top of from left to right, effectively doubling your chances.

On top of all this, the scatter symbol has the potential to reward free spins if three or more land on the reels in combination. If you manage to grab all five, you’ll get the maximum amount of free spins, which is 10. During these spins, some of the reels may present themselves as mystery reels, which, if filled with wild symbols, can reward a massive 800x the original stake. 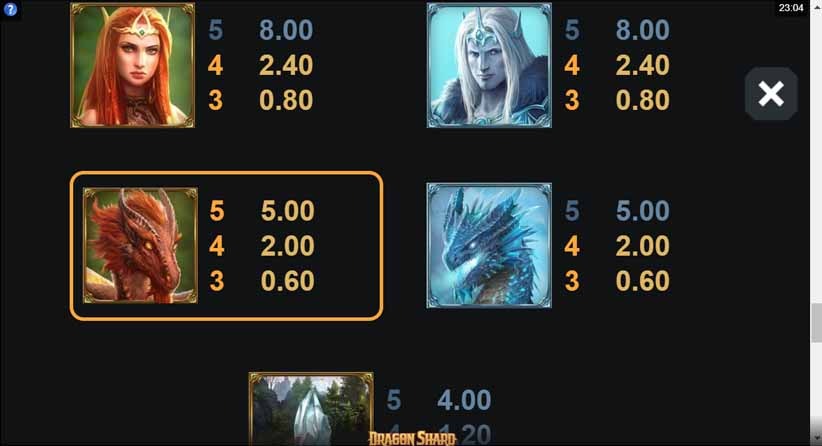 How wrong we were to briefly consider that Dragon Shard was just a new version of Fortunium with a different theme. It’s so much more than that. We can safely say that Dragon Shard is the best online slot from the Microgaming and Stormcraft Studios team, and on that note one of the best slot games available right now.

Available on Umbingo today, we would be rude not to recommend it 100%, and we also stronglt recommend the Dragon Kingdom slot.