In a world where technology is ever-expanding, no deposit bingo bonuses, businesses are doing more and more to find the last remaining gaps in the market and consumers are becoming increasingly confused, sometimes a little simplicity can be perfect. The same can be said in the world of online slots, as there are constantly new features being added to games in an attempt to make those games stand out to capture new players.

This isn’t for everyone though, by no means. In fact, in our experience, the majority of punters just like to keep it simple - a nicely designed, classic slot game is all they’re looking for. And that can be found in development tycoon PlayTech’s latest development, Dragon Kingdom: simple but absolutely one of the best online bingo uk games going at the moment, and here’s why.

As you can probably tell by the title, Dragon Kingdom is a medieval, fantasy-themed slot. Except in this instance, it’s got a little trading-card style twist, as all of the icons appear so. There aren’t any characters outside of the reels that provide wilds, or anything of that sort - it really is just a classic slot game with no confusing surprises along the way.

Pay-lines are limited to 20, substantially lower than what we’ve been used to seeing, but that just helps to enhance the lowered volatility of this game that PlayTech have opted for. The RTP sits a little on the low side, too, at 94.02% however there are plenty of opportunities to win big with a jackpot of 25,000x the stake and decent multipliers too, and you can go ahead and get playing on Umbingo where you can find the best slot games to play.

PlayTech - the Developers of Dragon Kingdom

The masters of online slots and bingo games, Playtech, have been behind some of the best online slots over the years, including The Mummy, Iron Man 2 and Ghost Rider to name a few. It’s often credited for going the extra mile with security features, so when you get involved with a PlayTech game on Umbingo, you know you can bet with confidence and safety.

On top of this, PlayTech has been made famous not only for delivery some of the best slots, but also for its recognizably easy-to-use and visually pleasing software. While PlayTech are often accredited with more original, outside-the-box, forward-thinking slots, they’ve taken things back a step with Dragon Kingdom but kept the beautiful software notion and we are certainly here for it.

Umbingo has more dragon themed slots on offer, take a look at the list below for your next fantasy adventure: 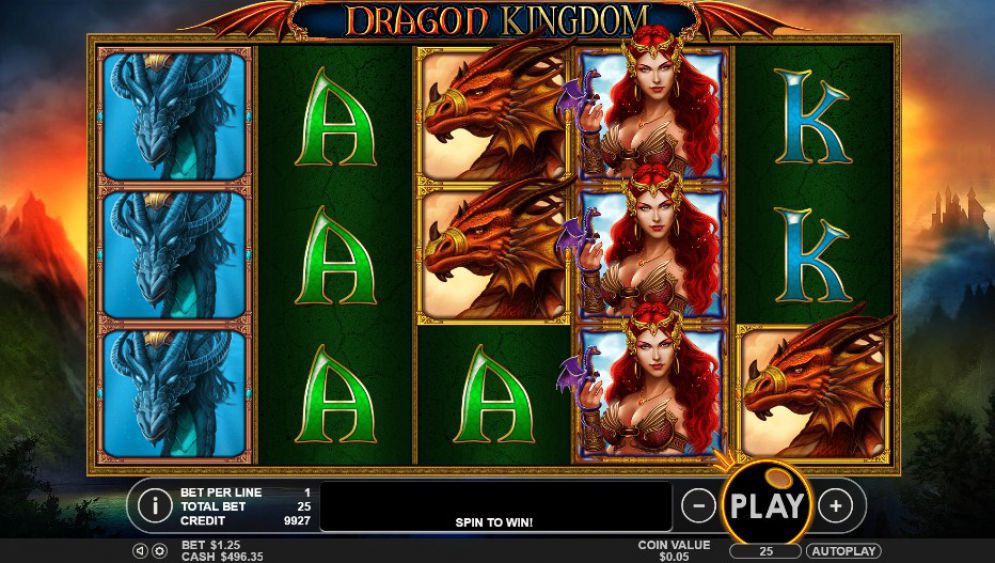 Similar in style to Marvel’s Blade game or the Dragon Strike slot, if you have come across that classic, Dragon Kingdom offers of a 5 reel, 20 pay-line slot set in a medieval world of dragons. The wild symbol here is the dragon itself, which can replace any other symbol and create all kinds of winning combinations. If two or more of these wild dragons line up in a single spin, and the dragon combination is more profitable than what landed previously, you’ll receive the higher payout.

The scatter symbol in Dragon Kingdom is the floating land. Interestingly with this, if three are landed in one spin, the winnings will be multiplied by the total stake. On top of this, the split symbol is a dragon egg, and this has the power to split the last symbol of the reel in two and effectively double it into two identical symbols.

These are touches are slightly different to what you might usually find in slots, and so although this isn’t one of the best online slots, features like this definitely keep it interesting. Another interesting slot we have on offer is the Wicked Dragon Wilds Mega Drop slot try it today! 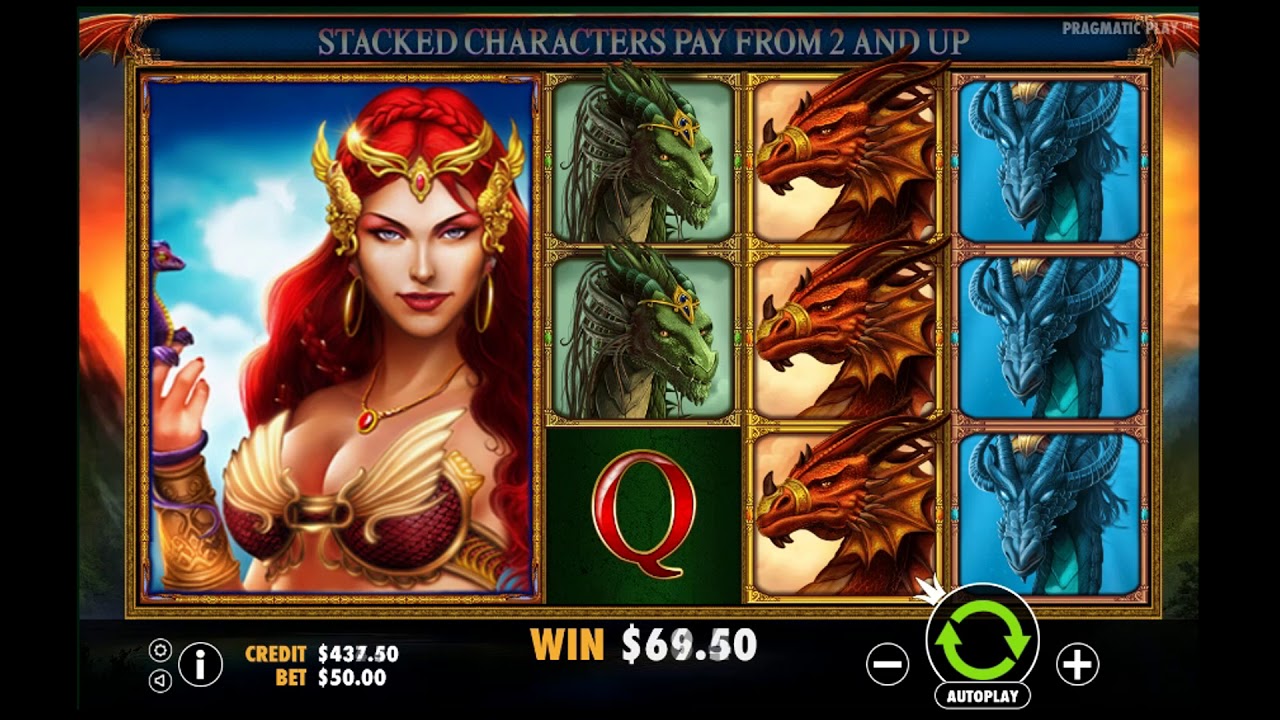 If three or more scatter symbols line up, you’ll go into three spin mode where you’ll be rewarded with 15 free spins - a fairly average amount for its type. You’ll also be an entitled to a dynamic multiplier, which can be worth anything between two and five times the original stake. 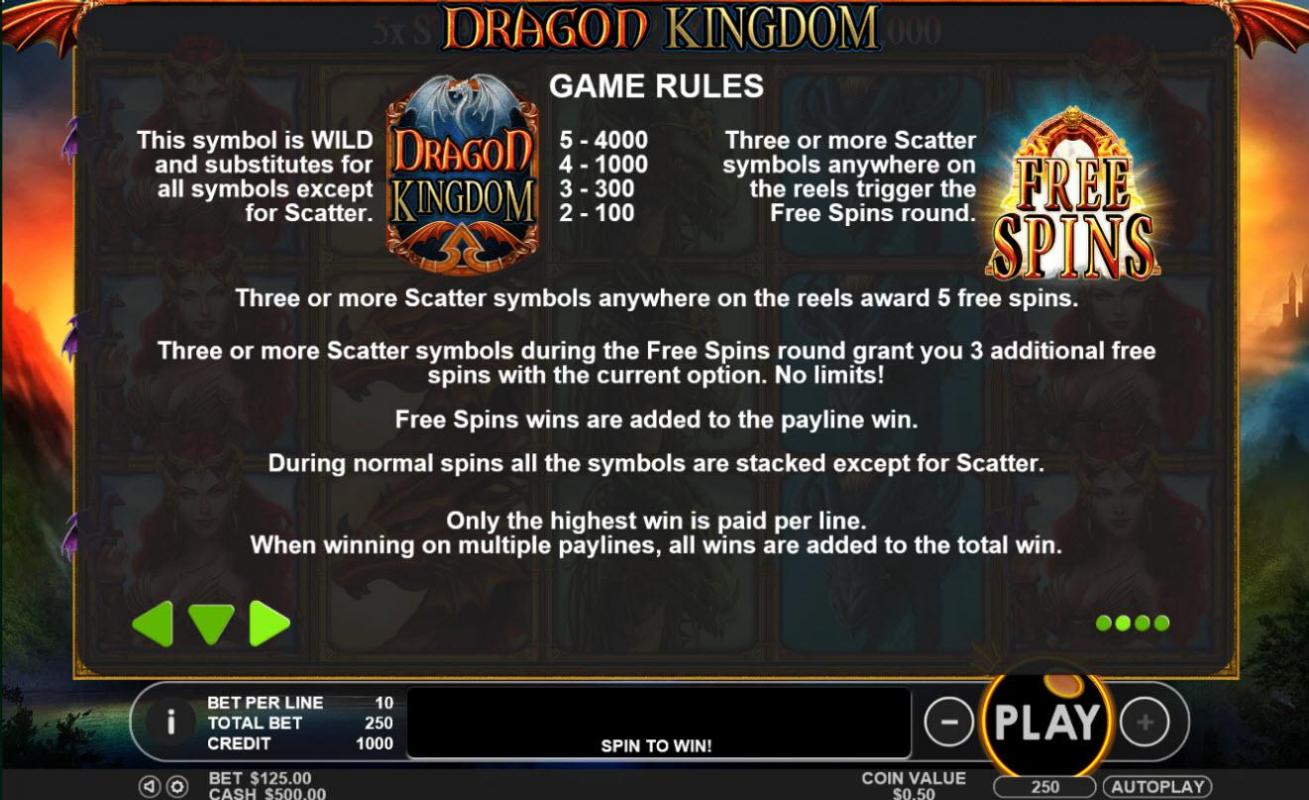 We loved Marvel’s Blade when it was released a while back, so have Dragon Kingdom come in and bring in a fresh new look pleased us. If anything, we found this game better because of the improved graphics and just generally preferring this theme.

There’s plenty of chances to win and an average level of variance, so if you’re an intermediate-level punter we recommend you get onto Umbingo and play Dragon Kingdom today or try a similarly themed slot game, like the Dragon Drop slot.