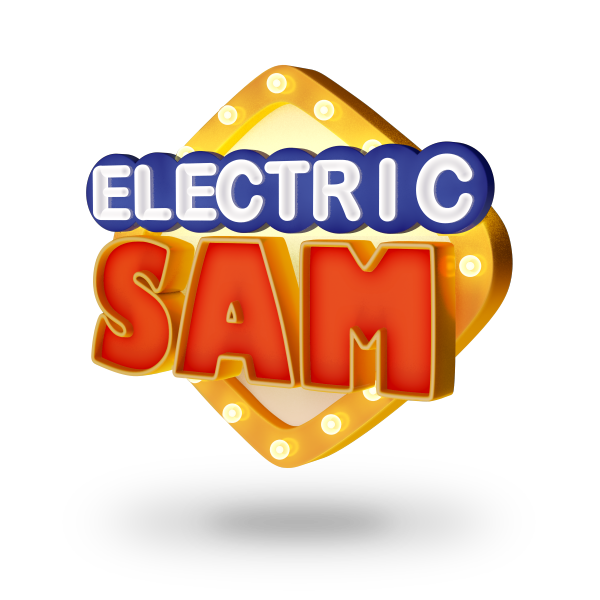 Take a stroll through Troll Wood and meet the unlikeliest of friends as Umbingo, a bingo with no deposit casino, brings you Electric Sam! The most electrifying man in slots entertainment accompanies you throughout this slot game, given to you by the best online bingo site.

With 5 reels and 243 ways to win, let the Electric Sam slot game take you on a journey of free spins, mad multipliers, big bonuses and a chance to win big from as little as 20p a spin!

Playable on all formats, there’s no excuse to ignore this call to adventure. If a potential 200,000 coin jackpot isn’t enough to draw you in, then we’re not sure what would. Sign up today at Umbingo online bingo sites to play this slot.

About ELK Studios – The Developers of Electric Sam

They may not have been around as some other online bingo games developers out there, but Swedish company ELK Studios have more than shown that they can compete with anyone when it comes to making slot games.

While there are fewer ELK Studios games on the market when compared with other developers, the ones that are out there make an excellent addition to any online casino environment. There are a few ELK titles you may have played before such as: 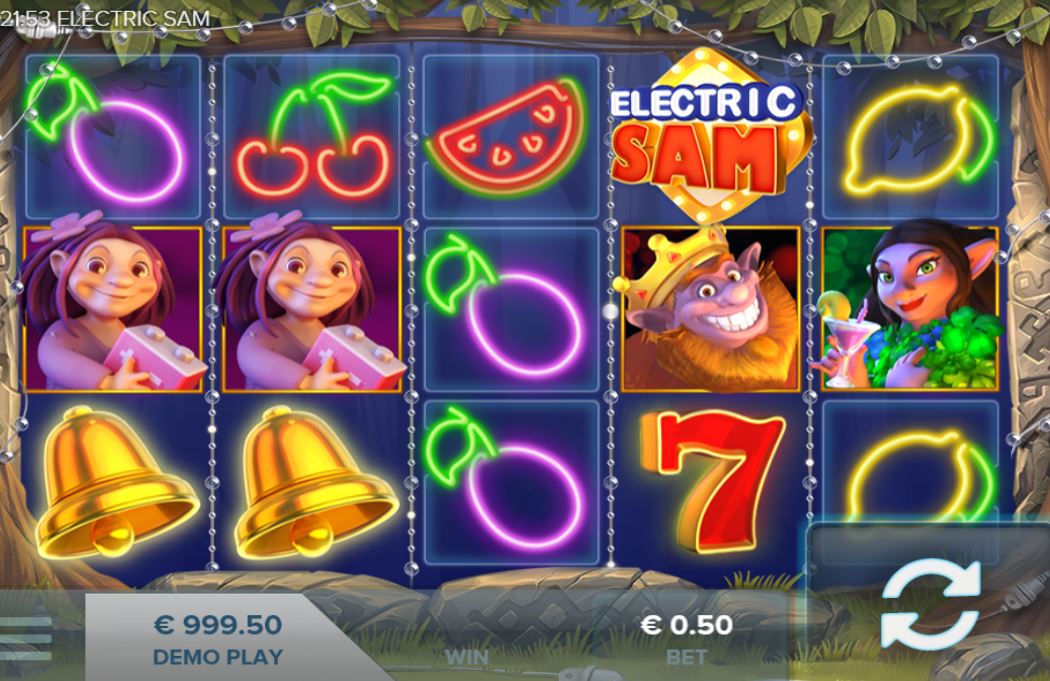 Electric Sam is a slot that has 5 reels, 3 rows and a massive 243 different ways for players to strike winning combinations. These combos can be formed right to left, as well as the traditional left to right, adding an extra dimension into the gameplay, something that you don’t always get to see.

You will encounter a whole host of symbols whilst playing Electric Sam, all of which are worth different values. The lower ranked icons are the lemons, plums, watermelons and cherries. The higher ranked symbols consist of red 7s and the 3 main characters for this game that you will come to fall in love with – the main man Sam, his cheeky daughter Maggie and his dear wife Sandra.

The Electric Sam logo is the wild icon for this game, and it replaces all the other icons in the game, except for the golden bell - which is Electric Sam’s scatter symbol. 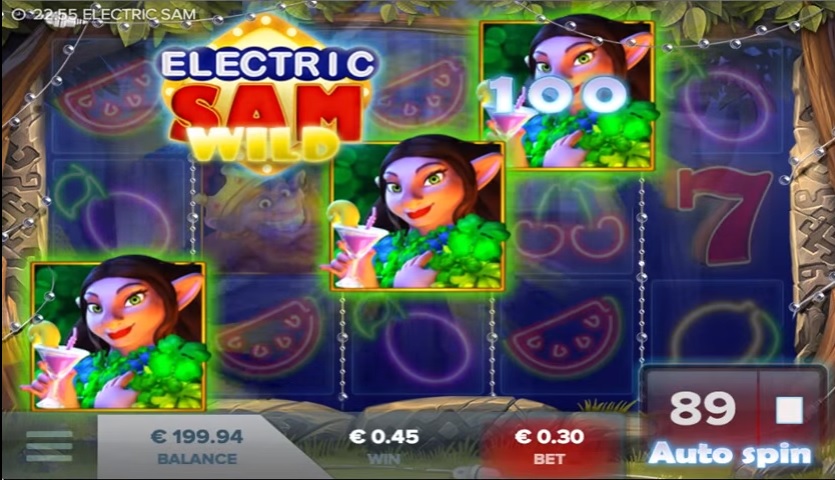 Electric Sam is undoubtedly a stand up guy. His most redeeming quality is how many opportunities he gives you to maximise your money. The bonuses in this slot game come in many forms:

During the free spin round, if you manage to land on another bell, you will be awarded a further free spin that gets added to your total. 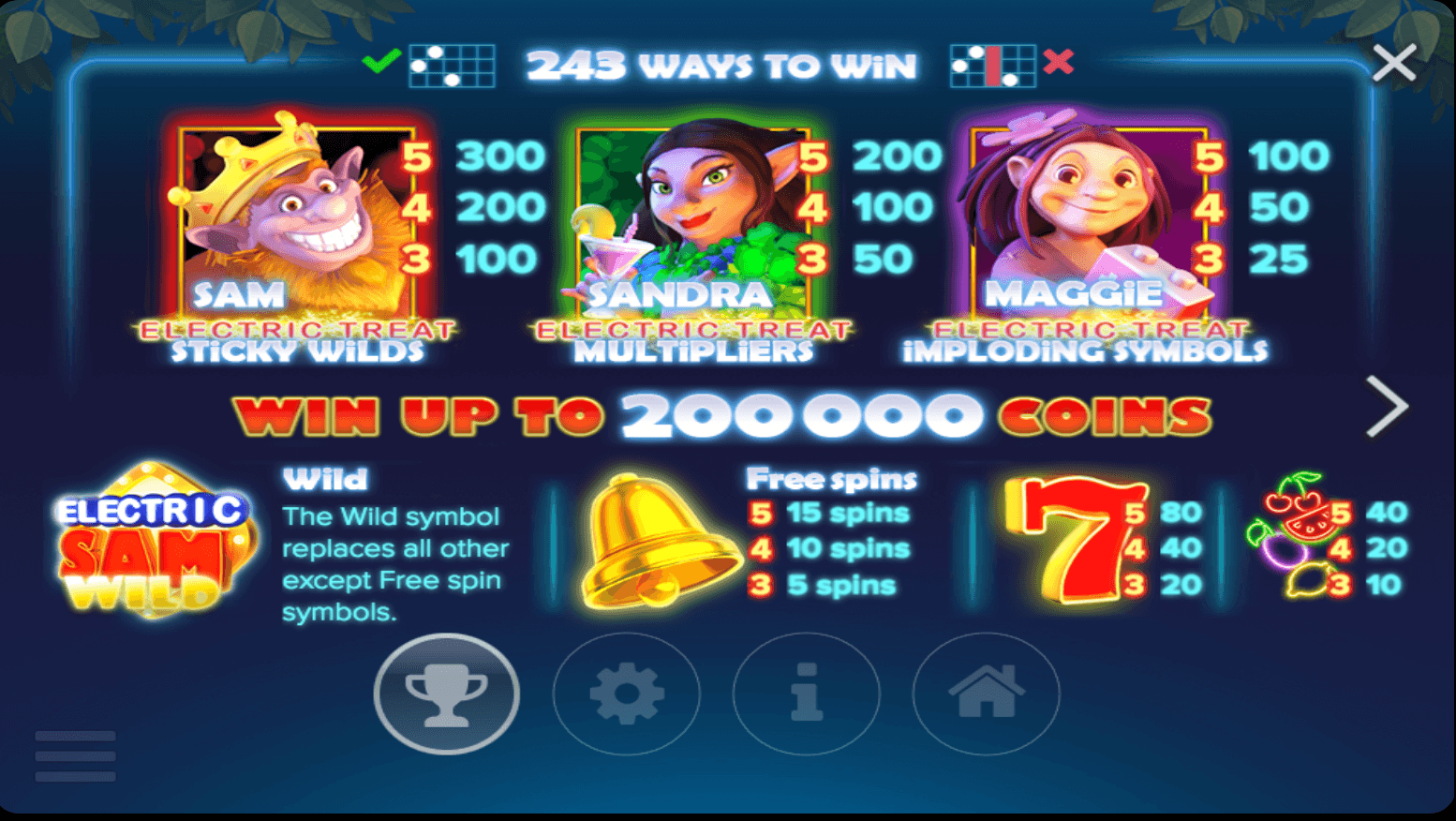 There is so, so much to love in this slot game. Before you even get into the bonuses and winnings, ELK Studios have created such a charming world with characters really enhance the overall experience. We love Sam, Maggie and Sandra and we think you would to.

Practically speaking, there are a lot of free spins to take advantage of which really add to the incentive of playing. There are so many mini features to keep the game interesting that really sets Electric Sam apart from other slot games like El Jackpotto slot. It is worth your while to give it a go!