Follow the exploits of the biggest wrestling superstar in all of online casino slot games, as Umbingo brings you El Jackpotto! The best no deposit free bingo site brings you to the world of Senor Burrito; a travelling burrito salesman by day and luchador wrestling sensation El Jackpotto by night.

He’s on a quest to become the Ultimate Luchador Champion, and he’ll run through anyone to get there. With 5 reels and 20 paylines to play with, the fun never stops with this Mexican themed slot playable on all formats. Step between the ropes and wrestle yourself some incredible bonuses!

So sign up to Umbingo today to find the best bingo online!

Blueprint Gaming are undoubtedly one of the major players when it comes to developing slot games. This UK based company have earned a reputation for making reliable, simple to play slot games and El Jackpotto reflects that perfectly.

If you’re a fan of their work, you may be interested in some of their slot games to play: 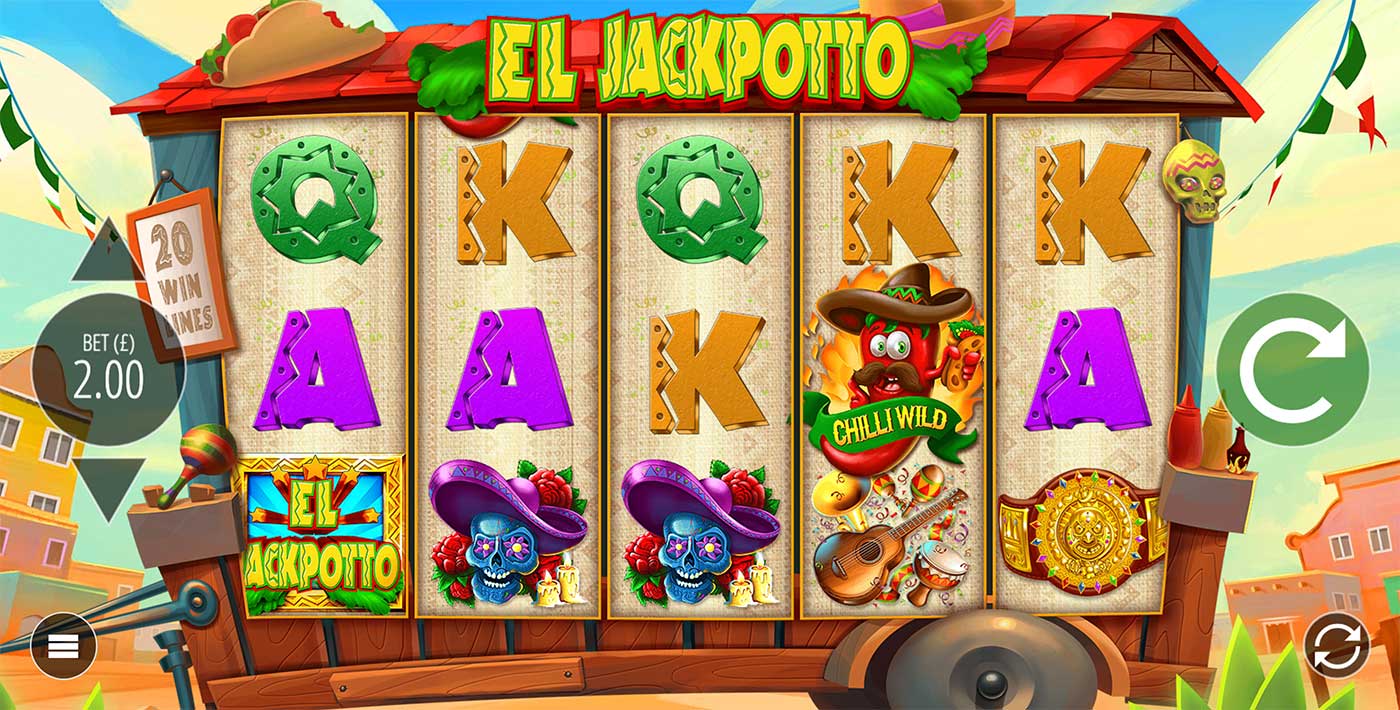 The Mexican theme runs right the way through El Jackpotto. Symbols appear on the side of Senor Burrito’s food stall where he’s serving treats in his sombrero and poncho.

Symbols on the reels include Mexican styled A, K, Q and J playing cards, piñatas and musical instruments, wrestling belts, skulls, the Senor Burrito logo (which appears Super Stacked) and the Chilli Wild which substitutes for all symbols except the bonus – the latter is the highest value symbol giving you 25 times your stake for 5 on a payline. 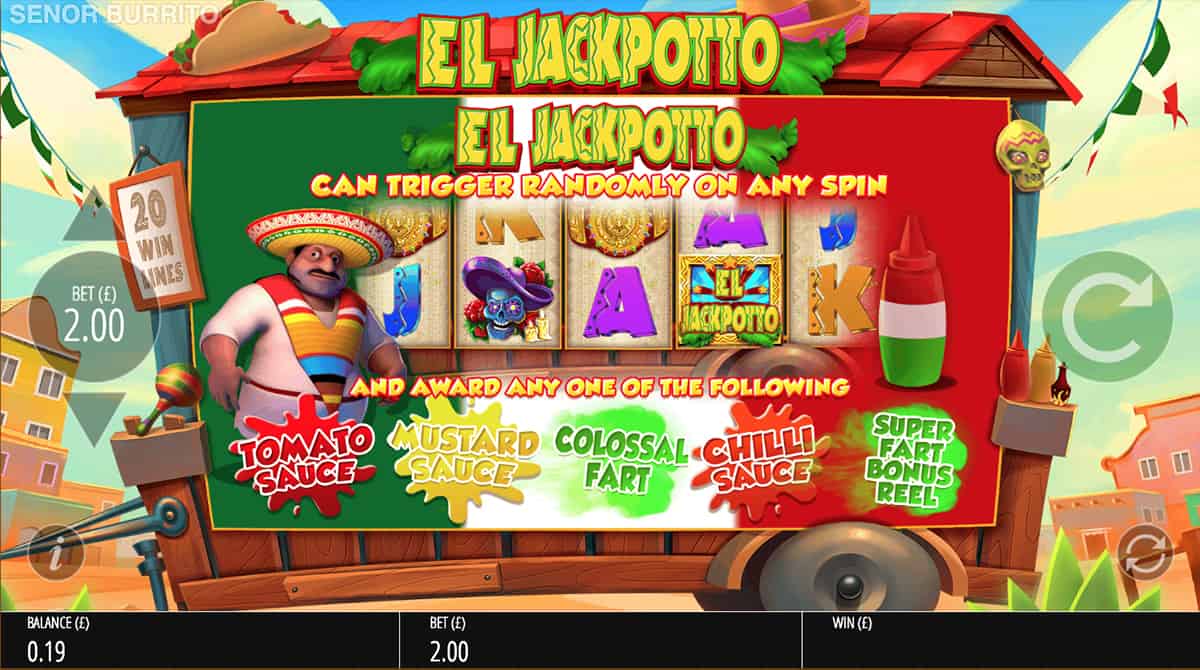 When it comes to bonus features, the El Jackpotto bingo game has certainly delivered and then some.

El Jackpotto (Senor Burrito) can randomly appear anytime to trigger an enhanced Burrito Spin which can give you random red-hot Chilli Wilds, Mustard Wilds which drip down to create a stacked wild, Tomato Sauce which reveals a mystery symbol and Fart Shuffle which shuffles reels to create multiplier wins.

Watch out for a Colossal Fart Spin where a colossal symbol appears. In addition, El Jackpotto can fart on the reels to add more bonus symbols which allows you to activate the main bonus features. These main features are where the money is: 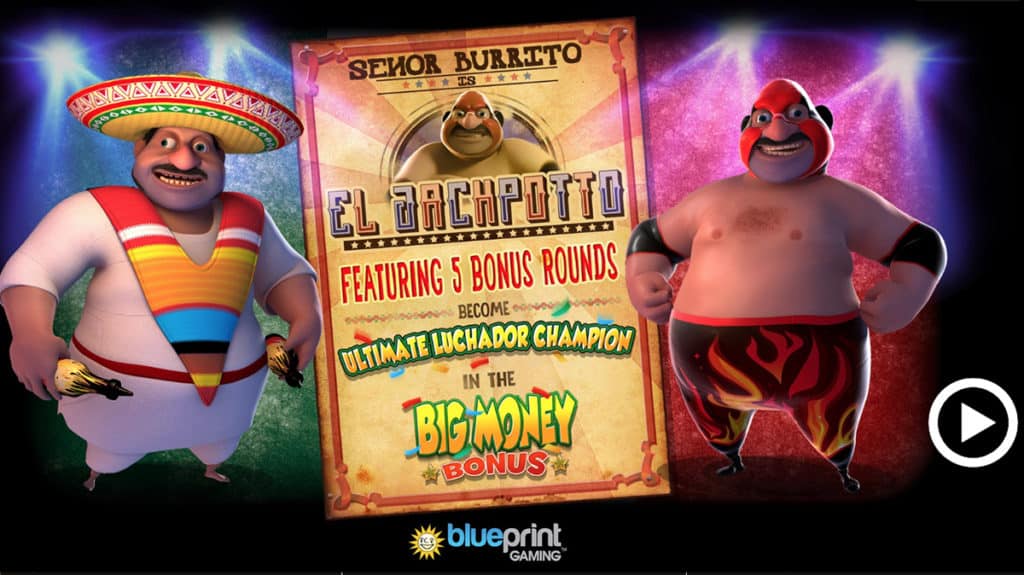 A lot has been packed into this slot game, and it’s all wrapped up in a wonderfully designed package. There are so many bonuses to take advantage of, with the Ultimate Luchador Champion Bonus being the pick of the bunch if you can trigger it.

It’s worth your while to give it a go, and while you are here you might as well give some of our other amazing slots a spin too, like the Easter Island slot.