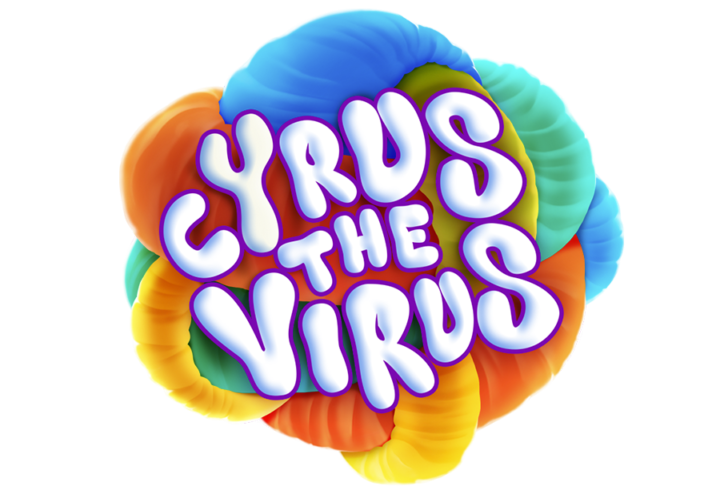 Not to be confused with the movie Con Air, Cyrus the Virus is instead a slot from newcomer(ish) developers Yggdrasil Gaming. It’s a sci-fi themed slot as the name suggests, and it’s not often one comes across a virus themed nodepositbingo slot so it’s definitely appealing in its originality. Some of the best online slots in recent year have come from more original themes, and this isn’t an exception to that.

In Cyrus the Virus, you are set deep inside the human body. The soundtrack of a beating heart will instantly make you aware of that, and there’s some cool music playing higher up the frequency spectrum to keep things interesting too. Human flesh sets the backdrop (not quite as gross as it sounds) and plasma floats around. The graphics are pretty cool, actually, so if biology is something you’re interested in, this game will definitely be appealing.

The aim of the game (other than to rack up the jackpot of course) is to battle the bacteria that’s infiltrating the body you’ll find yourself in. To do this, simply line up the icons on the free bingo online slots reels.

On the slots side of things, this one performs well. It has a fairly average RTP of 96.3% but the payouts are pretty strong so overall the fairness is good. The maximum payout from this slot is €80,000, or about £70,000, and you can play it on any device at Umbingo, whether it be mobile, tablet or desktop computer. Single spins can award prizes of up to 2000x your stake so there’s definitely strong potential for winning with Cyrus the Virus.

Yggdrasil Gaming - the Developers of Cyrus the Virus

Relatively new kids on the block Yggdrasil were formed just seven years ago in 2013. They provide most of their online slot games for both the mobile or desktop player, and you can play them at Umbingo too. Based in Malta, the guys at Yggdrasil use the popular i-Gaming software to develop their games, which is probably one reason as to why their graphics are so consistently good. 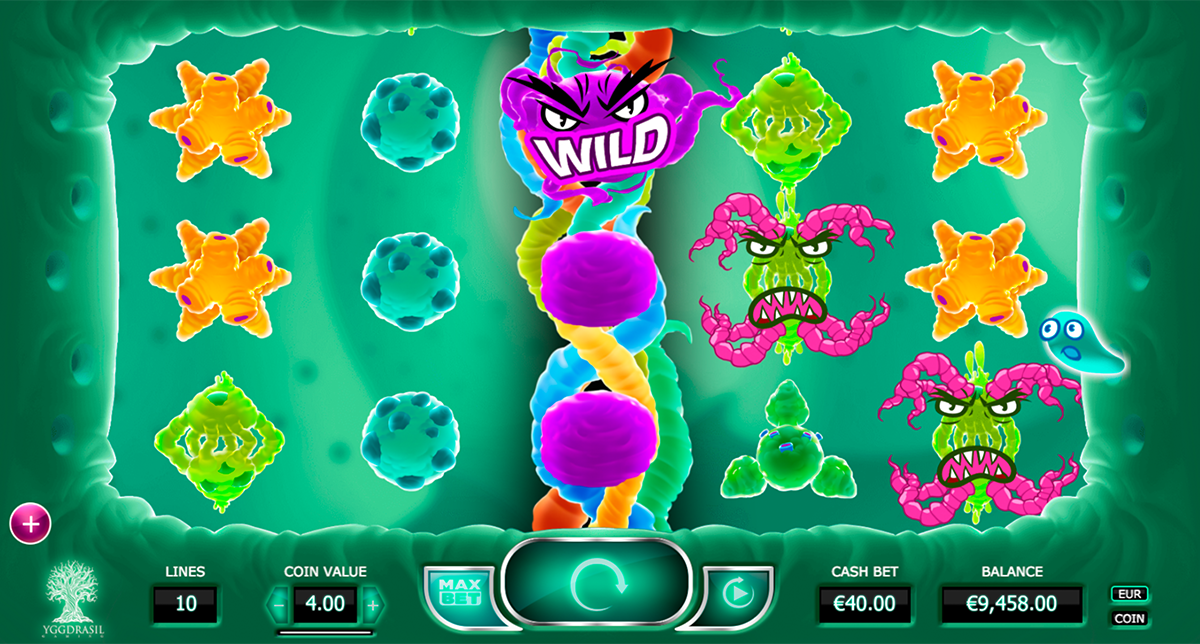 Cyrus the Virus Gameplay and Symbols

Step inside the body of your host and battle Cyrus the Virus free bingo games by lining up icons in this exciting and volatile slot. While the hit rate isn’t spectacular, so it could take a while for a win, when that win does come it has the potential to be very generous indeed.

With any bet, you can win up to 2000x your stake. While there are only five paylines, they do run both directions plus the bonuses justify this. That is to say, there are fewer ways to win but much higher potential. For this reason, we’d recommend Cyrus the Virus to the intermediate or the expert punter, as it may be a little frustrating for the newbies. 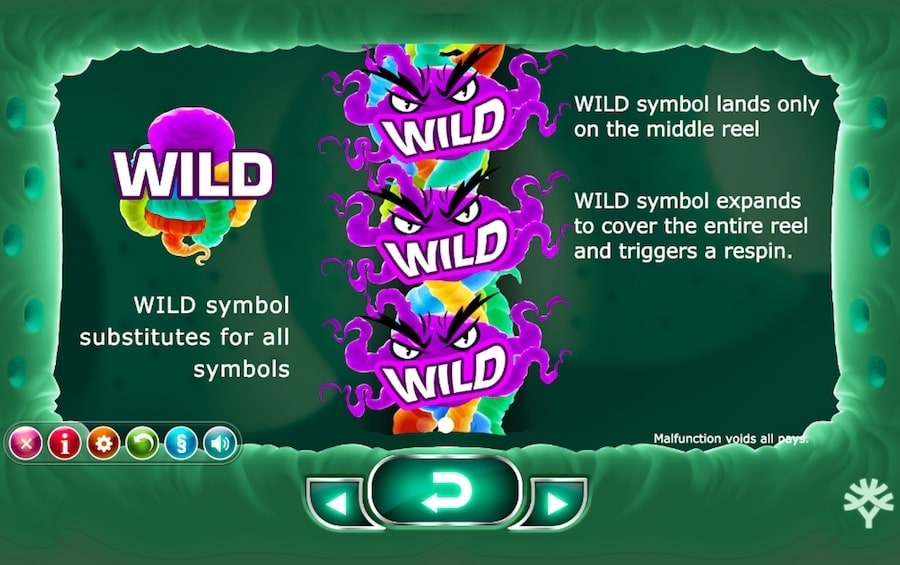 There aren’t any particular bonus features in Cyrus the Virus besides the wild, which we initially found a little disappointing, but when considering the overall winning potential it does seem to make sense. Plus, the wild goes a little further than your traditional wild. The wild comes in the form of a purple monster, so get excited when you see this. On any reel other than the third, it acts like a standard wild, transforming into whatever it needs to. However, it will transform across the whole reel on the third reel so there are plenty more opportunities to win this way too.

There is a singular free spin available too, and this will come if the wild covers all the slot, and in this free spin you can win the jackpot of 2000x your stake so fingers crossed here! 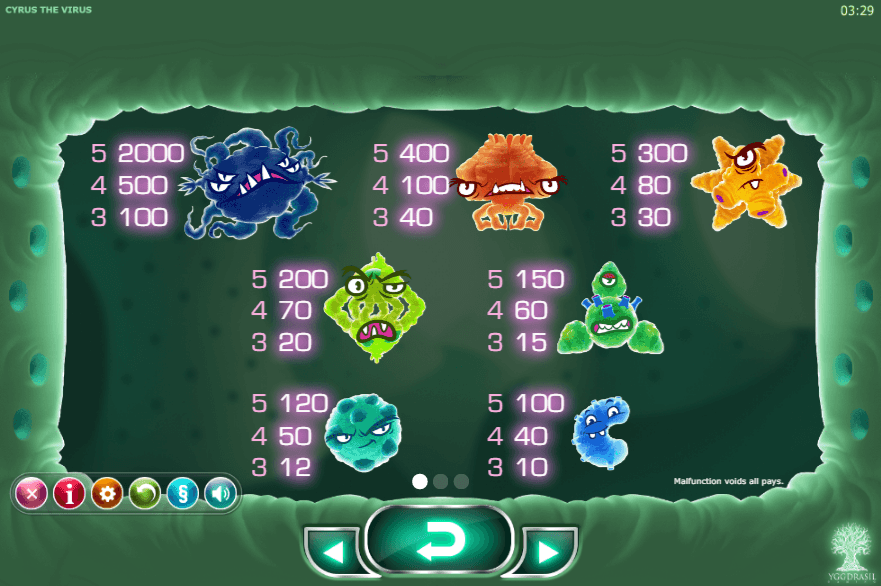 Not for the faint hearted, Cyrus the Virus could take you a while to get a win but when you do, it comes well. The graphics are cool, the theming exciting and overall, we were really happy with this slot.

Play a demo game if you’re not convinced by the aesthetics and we’re sure you’ll want to get involved into the real thing at Umbingo when you do so. Why not try the Cupid's Arrow slot while you are here?