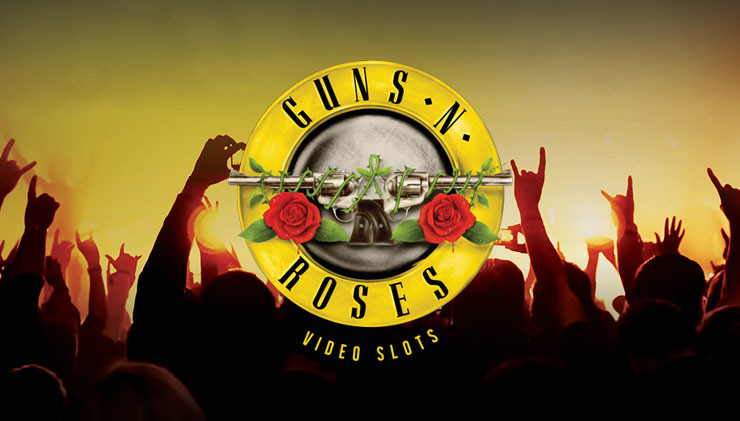 Guns N’ Roses by NetEnt is a 5 reel 20 pay line slot that pays homage to one of the most popular rock bands in history. You’ll hear a lot of your favourite tunes from the legendary music band sounding out in the background. Features in the game include randomly triggered bonus features in the main game like the Appetite for Destruction Wild feature where cross-like wilds appear on the reels.

There is also the Encore Free Spins feature where a wild appears on every free spin as stacked. More features include expanding wilds, a Crowd-Pleaser feature, the Appetite for Destruction Wild, Legend Spins, wild substitutions, a Solo multiplier, Encore free spins and bonus symbols. You can access this bingo sites game on all Android and Apple devices for stakes starting from 20p to £100 per spin.

About the Guns N’ Roses Slots

This Guns N’ Roses casino slot is based on the world-famous American hard rock band Guns N' Roses. The band has sold over 100 million records worldwide with famous band members Rose, Axl and Slash showing up on the reels. Let’s see some of the randomly triggered bonus features on offer during the base game. Join for bingo games and play this slot now!

- Appetite for Destruction Wild feature - an overlay wild shaped like a cross appears on the reels randomly either as a partial wild or full wild in 3 different positions. If other wilds appear on the 1st, 2nd, 4th and 5th reels too, huge wins lie ahead

The main bonus features in the slot are triggered when 3 Bonus symbols appear on the reels simultaneously on the odd numbered reels during the base game. One of 3 bonus features is chosen by the spinning Bonus Wheel with features offered including;

Spinners will receive 3 picks on the 1st Level  – the Free Spin symbols appear on the 2nd Level where an extra 3 picks are offered. The 3rd Level is accessed once you win a 300 coin payout usually equal to 15x your bet accumulated from the previous levels. You can double the winning payout at this level if you win up to 800 coins (i.e. 20x your bet resulting in a cool 40x your bet). Start spinning with our slots and bingo no deposit offers!

Their casino software is used by over 300 fully licensed portals. In addition to online casino software, NetEnt also operates a live dealer casino platform i.e. NetEnt Live Casino, as well as a mobile gambling platform, NetEnt Touch. NetEnt also owns a progressive jackpot network that has rewarded players wins worth over tens of millions in prizes.

NetEnt has as public listing on the Stockholm exchange. When the company first started out, they only operated a handful of online casinos, before deciding to sell those in 2005. In 2006 the NetEnt casino module was voted as top 20 in the world.

That was a long time ago, but things are no different today. NetEnt holds the title as the best online slot developer in the world. They are licensed to operate in Malta and have a casino module that is verified for randomness by 2 independent third-party companies, where one is operating in Canada and another in Sweden. More free slots games to play now here. 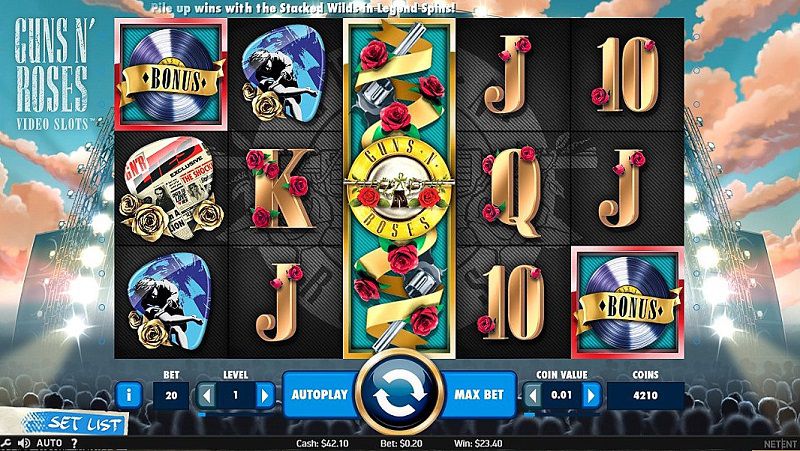 The Verdict on the Guns 'N Roses Slot Game - Spin or Skip?

Guns N’ Roses is one of those slots that catches your eye thanks to the amazing display of graphics and 3D animations. It is a medium variance game where the biggest wins are likely to come in via the Encore Free Spins feature.

When wilds like the cross overlay wild appear on the entire middle reel, you could walk away from a very happy punter. You’d think we’d be used to it by now, but there NetEnt goes again creating a visually superior, adrenaline-pumping slot machine game. Check it out at an online casino near you. Play the Immortal Romance slot at Umbingo.