Santa comes rolling in with gifts here on Umbingo, your favourite best bingo site. Santa Paws by Microgaming is a 5 reel, 20 paylines Christmas- themed gaming slot that has a Free Spins feature with multipliers between 2x to 7x with random wins. The game has 2 additional bonus features and is playable from a stake of as little as 20p to £100.

Microgaming has a proven track record with roots stretching as far back as 1994 being founding members of the Interactive Gaming Council  in 1997 and the release of their Viper software in 2002 as one of the most efficient new bingo games solutions.

The company also prides itself in having paid progressive jackpots of more than 100 million US dollars in almost immediate fashion. Microgaming’s slots are also available in more than 120 online casinos and their software is in use in 40 of the most popular and successful poker rooms.

This old timer has some big time names under their belt with licenses to games such as Lord of the rings and Batman. The company recently partnered with  a vibrant new age developer, Just For The Win, and together they intend to continue dominating with games such as: 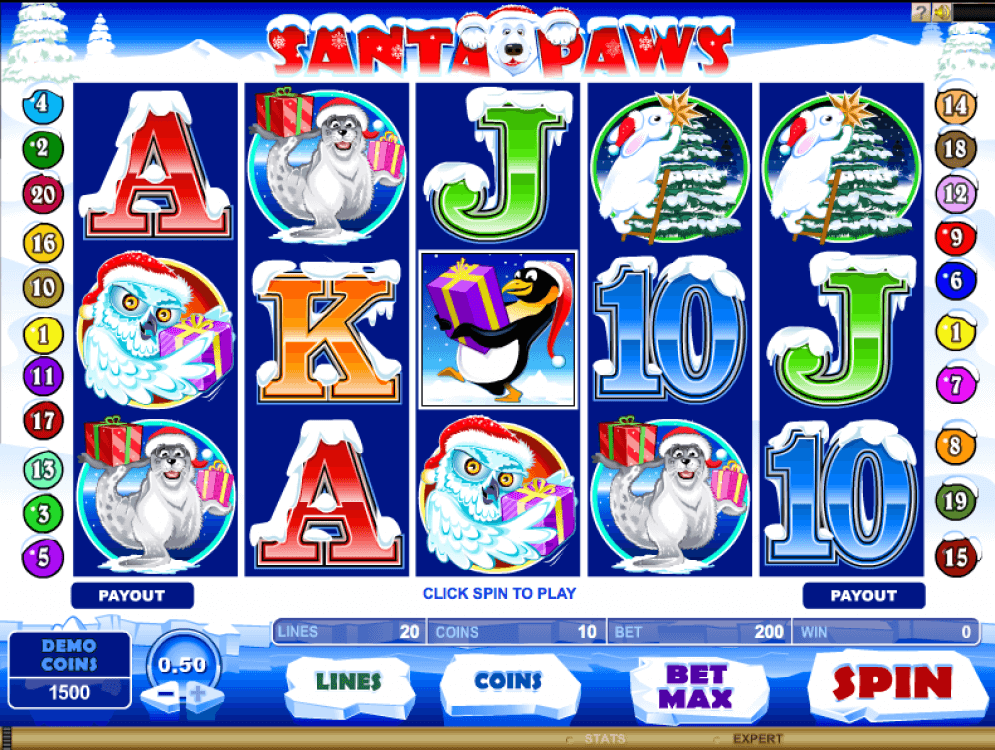 Experience Christmas joy alongside some free online bingo right here on Umbingo. On the reels expect symbols of 10, J, Q, K and A playing cards and symbols of an owl, a seal, a snow wolf that is the highest paying symbol of up to 750x your stake and a rabbit decorating a Christmas tree which happens to be the lowest paying symbol.

The slot games also features 2 wilds that are symbols of Rudolph the whale with antlers on its head and the Santa Paws polar bear that replaces all symbols apart from the scatter which is in the form of a Penguin symbol. Land a combination of 3 to 5 scatters to trigger up to 12 free spins where with every spin you could get up to a 7x multiplier on random wins. 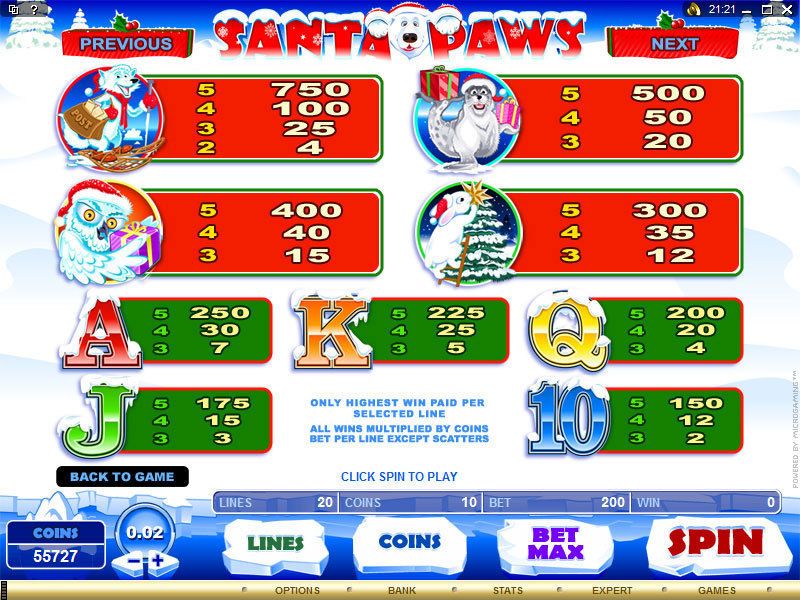 This game is quite simple and enjoyable for a beginner and with some festive gamblers luck you could garner up to 4000x your stake with possibilities of doubling or quadrupling the same in the bonus Gamble feature. For more gambling thrills check out some of the bingo offers and slots, like the Sands of Fortune slot right here on Umbingo.