There are plenty of bingo games on the market that boast an animated format. This format usually has some cartoon creatures that pop up along the reels but do they ever actually effect the game.

Moley Moolah lets its title character loose to help players and disturb the local residents. Will you be charmed or irritated by this cartoon critter? The only way to find out is playing the slot game.

UK based developers, Reflex Gaming, are the company behind Moley Moolah! They have been in the industry since 2004 making them relative newcomers to the online slot games industry. In that time they have provided us with such games as:

Reflex Gaming’s main focus has been providing physical cabinets for slot games. That is why they have partnered up with Yggdrasil Gaming for some assistance in bringing their ideas to the digital market.

Those unfamiliar with Yggdrasil might want to check out their slot games at Umbingo. Their cartoon sensibilities are always on display.

With these two companies’ combined, Moley Moolah has a lot of clout behind it. One retro cabinet company teaming up with a well-established online slot games developer. The results can only be good, right? 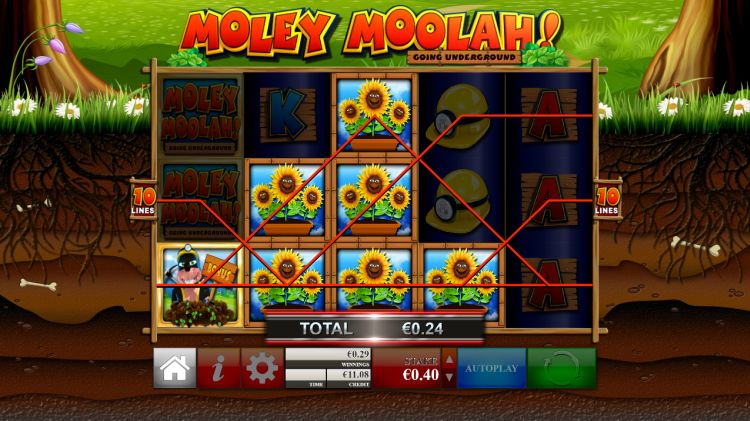 The mole’s lair is underground in a suburban British garden. It is here that you will find the games 5 reels. To get going with this pest, the player can set a stake that ranges from 0.20 and 100 for a spin.

On these reels are the symbols that players will need to match in a pay line. There are the J-A royals as well as some animated, themed garden symbols. There’s a gnome, pickaxes, helmets sunflowers and this slot games logo. The highest multiplier you will receive is 50x your initial stake in the main game.

This is a slot game with an RTP rate just slightly below average compared to the games at Umbingo, sitting at 95%.

So, how does the family plan on getting rid of this mole. With dynamite of course. This block of dynamite acts as the slot games wild symbol, replacing any regular symbols on a spin to help players finish pay lines.

But what else is the mole up to in Moley Moolah? 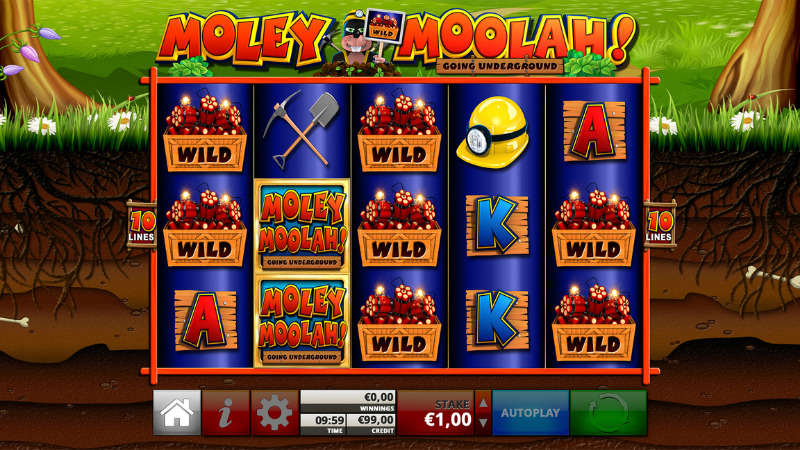 Whilst the residents want to get rid of the mole, players will want to keep him close. The mole symbol is the slot games bonus symbol and landing 3 of these on the reels will award players with 12 free spins. Kind of like a scatter symbol.

Plus, this bonus symbol acts as another wild, making the mole less of a pest than we once thought. Speaking of wilds there is also the Wild Reels Feature. After a spin, the slot games logo atop the reels will burst open to reveal the mole once again. He will shake the reels and symbols will begin to turn into wilds at random.

Let’s get back to the free spin round and the game has changed quite significantly. There are now acorns on the reels, acorns that the player needs to collect to fill a meter at the top of the screen. Earning 5, 10 or 15 of these new symbols will grant the player unique prizes but getting the maximum of 20 earns the player the highest multiplier of 250x their initial bet.

It turns out the mole isn’t so bad after all. 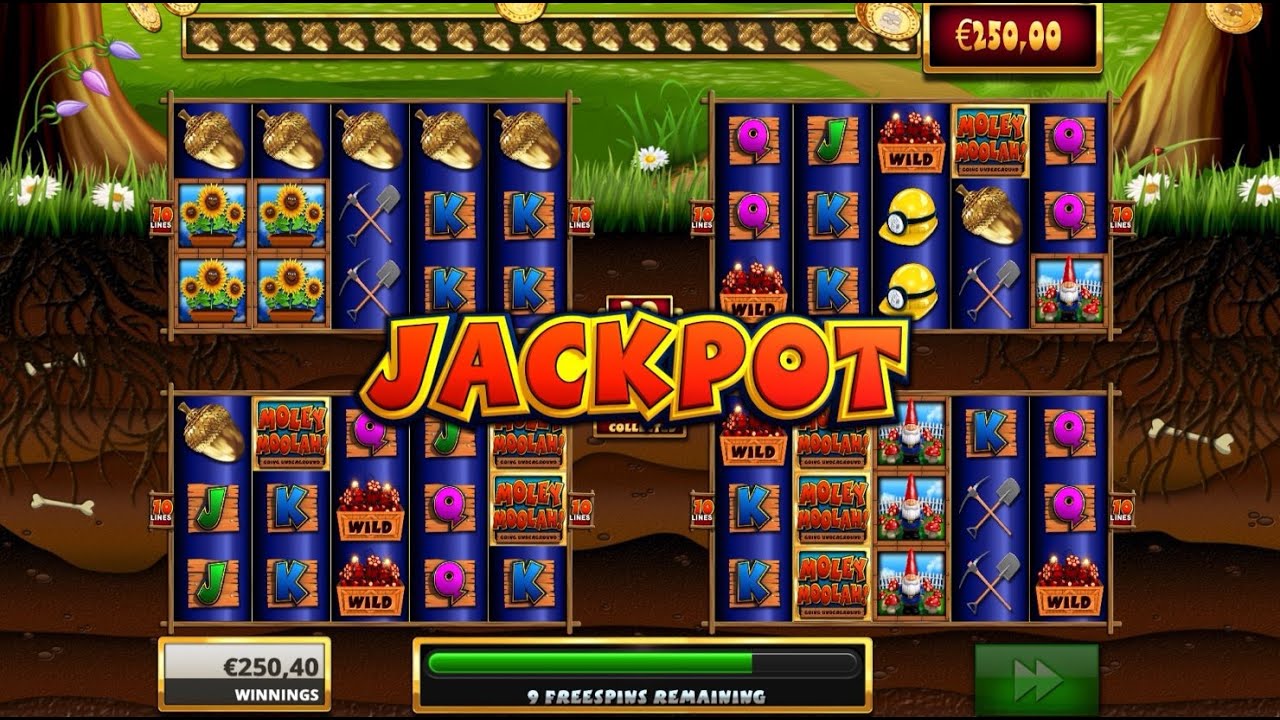 Moley Moolah is a slot game that lets its presentation and theme dictate the games bonus features. This is not a negative, far from it actually.

Each bonus feature feels natural considering the premise. The mole’s antics, whilst cartoony, are key to unlocking the slot games features. It all feels like this pests capers are there to serve the player, just like a Saturday morning cartoon and that’s where the charm of Moley Moolah is found.

There are certainly tenser and volatile slot games to be found on Umbingo, however Moley Moolah stands out as a fun and sometimes humorous slot game. For more serious games, check out the Buffalo Power Hold and Win slot.