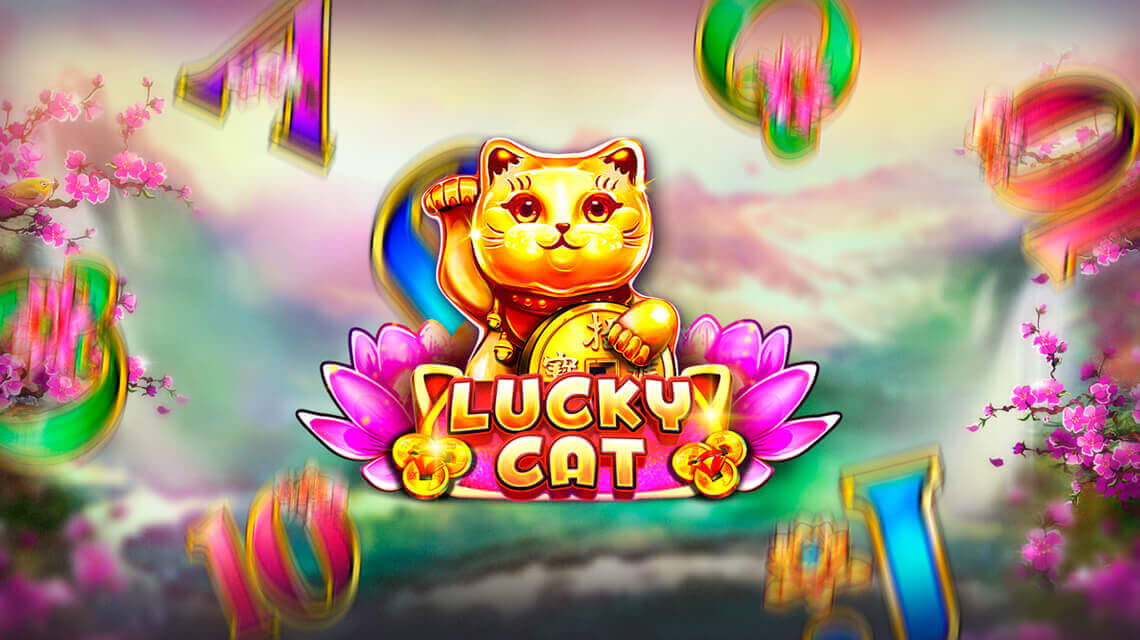 www.umbingo.com has an amazing assortment of free online bingo, as well as video slots like Lucky Cat. Lucky Cat is a video slot that has an Asian theme, which sees the statue of Buddha spilling wins to players.

The backdrop is set on a mild blend of pink and purple, paving the way for a fantastic display of all symbols. Lucky Cat symbol moves the reels and can form wins with any other symbol in the game.

The Asian-themed slot has 5 reels, complemented by 3 rows, and sealed in 35 fixed pay-lines enhancing your gameplay. The gameplay is made even more fantastic with the commendable Re-spin feature that lifts the overall feel of the slot.

Platipus is the developer of Lucky Cat slot. Platipus is an adept game developer that started in 2011 with developing social games of Facebook. However, in 2014, the company adopted a new business model and started developing casino games.

Ever since its incursion into the iGaming scene, Platipus has been involved in making mind-boggling games for online and physical casinos.

The company has a hallmark feat of making slots games in over ten distinct languages and fusing high-scale technology with unbeatable mathematics. Its licenses from Malta, Denmark, Gibraltar, Alderney, Italy, Curacao, Isle of Man, and the UK hold Platipus in high regard.

It has the HTML5 technology in all its games, making them suitable to be played on desktops, phones, tablets, and PCs.

Platipus video slots, card games, and free online bingo are all available at Umbingo. The following are some of the games by Platipus: 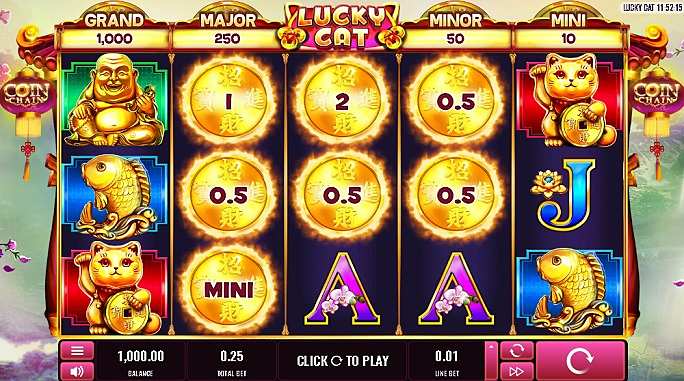 The gameplay here has to do with getting 3 or more identical symbols on the reels. The Wild is a Purple mixed flower that substitutes all symbols save for the scatter and online bingo games bonus symbols. The wild lands on the 2nd, 3rd, 4th, and 5th reels in the base game, awarding different wins to players. The low paying symbols include A, K, Q, J, and 10 card suites.

The high paying symbols include a smiling a cheerful Golden Cat, a smiling Buddha, a Golden Fish, and Golden Fish. The bet ranges from a 25-Pence minimum to a 50-Pounds maximum, with an RTP of 95% to complement it.

The lucky cat is the scatter symbol, with 3, 4, or 5 scatters offering players multipliers of 2x, 50x, and 200x wager reward.

The re-spin feature is activated when Lucky Cat 6 bonus symbols land on the reels, with higher potentials on offer to players. As the Re-spin feature continues, 4 different types of jackpots are up for grabs, and they are:

The Lucky Cat bonus symbol has got you covered with wins to boost your gameplay. The Lucky Cat video slot and free online bingo can be played on Umbingo with the most delightful casino experience offer to you.

You can also test your luck on the wheels of the highly amusing Leprechaun’s Magic slot while you are at it!