The sequel that you never knew you wanted, until now! (Spoiler alert, it’s just as good as the first). 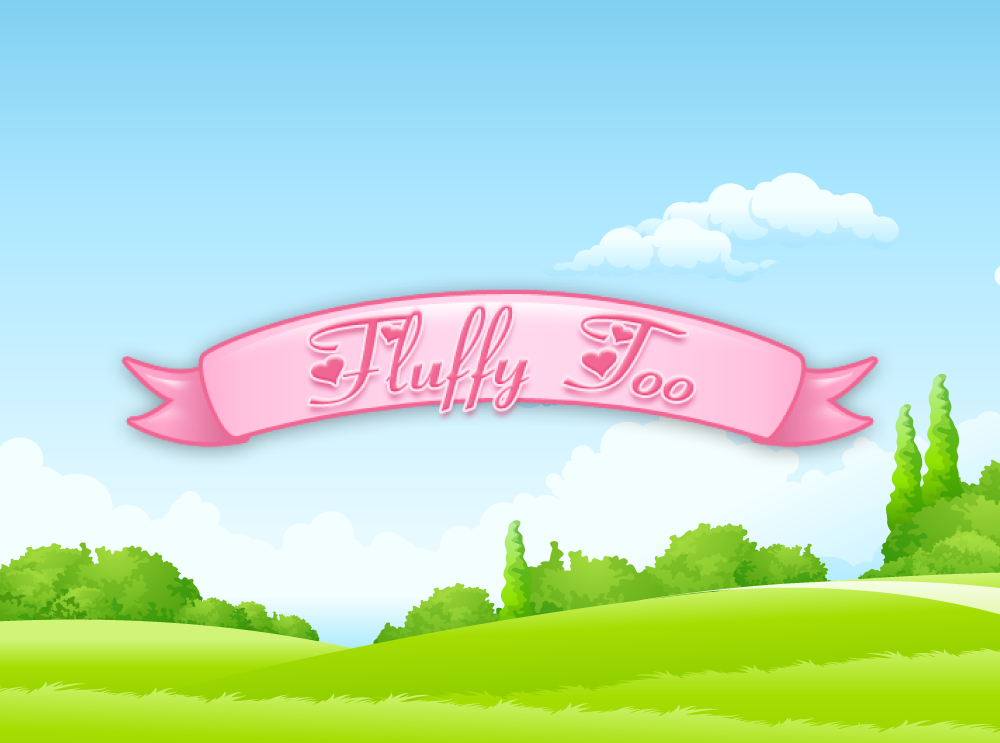 For those out there who have played Fluffy Favourites might find it interesting that there is a sequel to the hit slot in this one: Fluffy Too. Developer Eyecon always knew that they had a hit on their hands with the first online slot in the series, so what could they possible do in this one that is any different? Well they’ve actually done an awful lot in coming up with new and interesting ways in giving players something to be excited about. Franchises in online slots aren’t common, which is a testament to the work put in by developer Eyecon who have proven time and time again as to why this slot is such a great one to begin with. With sequels there should always be an improvement of some kind, in this one there is an emphasis on better graphics and whatnot, which you might think was impossible given how great the first slot is.

Fluffy Too is best played when you’ve played the first, although this isn’t a direct ruling, we just think that you will appreciate some of the minor changes to the gameplay and the graphics compared to that of the first. Each and every Fluffy slot does a great job in continuing that theme of child-hood nostalgia. If you’ve never played or heard of this series before then allow us to give you a crash course. The Fluffy series is one that has players going to the fairground in hopes of coming away with some of the highest scores possible. Child-hood nostalgia is so common in this slot, and is one of the main reasons as to why so many players flock to this slot overall. Not enough information for you? Be sure to check out the rest of our review below.  Play online bingo games and slots on Umbingo!

Expectation vs Reality when playing this casino game

With sequels there is always going to be that hesitation from players who have clearly played a slot in this series before. Fluffy Too is a sequel done right. If you enjoy slots with a lot of personality and character with each spin of these reels then you will find that there is plenty to be excited about in this slot. Eyecon can do no wrong in our eyes; that’s three out of three with slots in this franchise, which is something incredibly rare in this industry. Think about it for a second, Eyecon have managed to alter their formula all to the benefit of the players and their own creative process. Play this slot today folks, it’s a reel fun time.  Enjoy the sound of this game? Try out Shamans Dream slot!

About Fluffy Too online slot

Like the original slot, this one is 5 reel game played out over 25 pay-lines. For you to win in this slot you will need to be matching the various fluffy animal symbols on these reels in repeat succession. Wins can appear from as little as 3 to 5 symbols, meaning there are hundreds of different combinations for one to win from. It goes without saying but the more you play the more you will win overall. Those who spin for hours on end will find that they are given the most financial gain, simply because that’s how the game likes it. Each of these symbols have been very well crafted, and do a great job in keeping you fixated on the screen with every spin. Symbols will offer more when you are matching more symbols together within the winning combinations. In order to spin this slot, you will first need to set your bet amounts accordingly. This can be achieved at the bottom of the screen where you can manage other settings also. Bets can be placed from as little as 25p to around £12.50 so be sure to keep that in mind.

If you have played the original then you will find that all of these features will appear familiar. There are a few added features that offer different perspectives, although you will want to be using the classic features in coming out on top with some of the highest scores possible. Features include:

Toybox: Matching 3 or more of the claw symbols (scatters) will grant one access into the toy box feature. Once activated this feature will select 3 animal symbols at random, from there the player will be tasked with finding and matching them. Matching these symbols will grant up to a 100x multiplier to scores.

Gamble: This feature is reserved for essentially anyone who wants to risk it all in hopes of winning big. After each successful spin you will find that you are given the chance to gamble your winnings with the hope of doubling your scores.

If you ever wanted to see a template for doing a sequel right then you need only play Fluffy Too. Keep in mind that the fun never stops in this slot, so play to your hearts content, and win some cuddly toys while you’re at it. 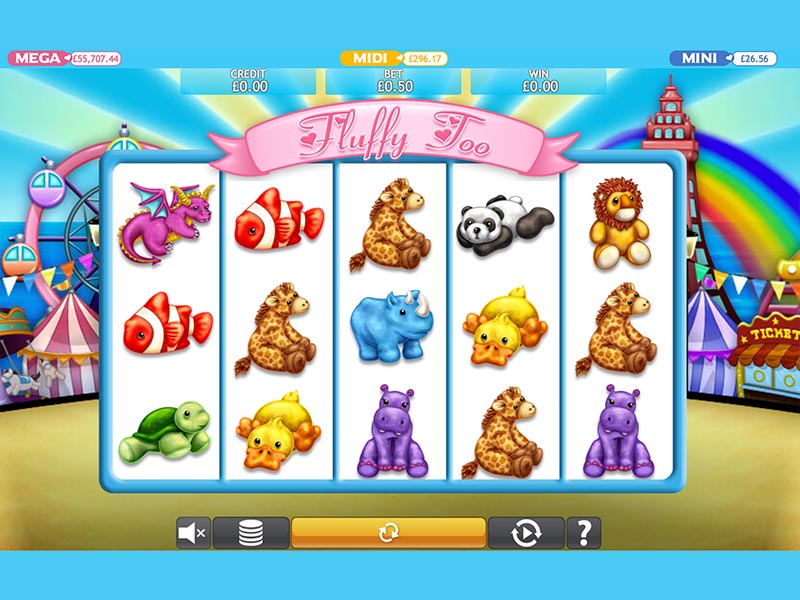 Other Games from Eyecon – the Developer of Fluffy Too video slot

Developer Eyecon is among some of the most creative minds within the industry today, their attention to detail and innovative ideas have always existed on the forefront of the online gaming industry. The name Eyecon is a play on the word icon, which is very apropos considering how well these guys craft slots that are played by thousands everyday, spanning multiple different countries and cultures in doing so. With each and every new release from Eyecon comes the expectation of something different. If you take one thing away from these guys, it should be their penchant for success through experimenting with themes and gameplay elements that only heighten their games. Never will you come across a slot from Eyecon that abuses your money in hope of bleeding you dry; these guys actually care about your experience, just as much as they enjoy making money, and making the worlds that you are given a chance to explore for yourselves. Slots and bingo games in their catalogue include:

-And many, many more!