This online slot is based on the Aztec empire of the early 13th century and the ancient South Americans' civilization. Amazing Aztecs features unique and quality graphics relating to the Aztecs; the features and symbols are hand-drawn and vivid colors to depict modern free bingo games no deposit experience.

This comes with the standard five by three grid and veers of the regular 20 to 25 paylines with 243 paylines/ways you can win. Amazing Aztecs is developed by Just for the win, and the provider is Microgaming, and you can try it today at at https://www.umbingo.com

The game comes with only one bonus feature, acting as online bingo, called the giant symbol respin feature. Also, the maximum payout for this game is 1,000 coins. You can read more about this review below or start playing modern slot games now on Umbingo.

Just For The Win: The Developers Of Amazing Aztecs

Just For the Win designed Amazing Aztecs but are in partnership with Microgaming to deliver the game to every casino. The gaming company's aim is, as their name implies, just for the win and fun of players. Although the gaming company is small, they have potentials with the high-quality games they've produced.

Their potentials have earned them a partnership with Microgaming, and with this, they have only just begun taking over the online casino world. Their games are incorporated with free online bingo, and some of them you should check out are:

Join now and play these games from this developer and more now on Umbingo. 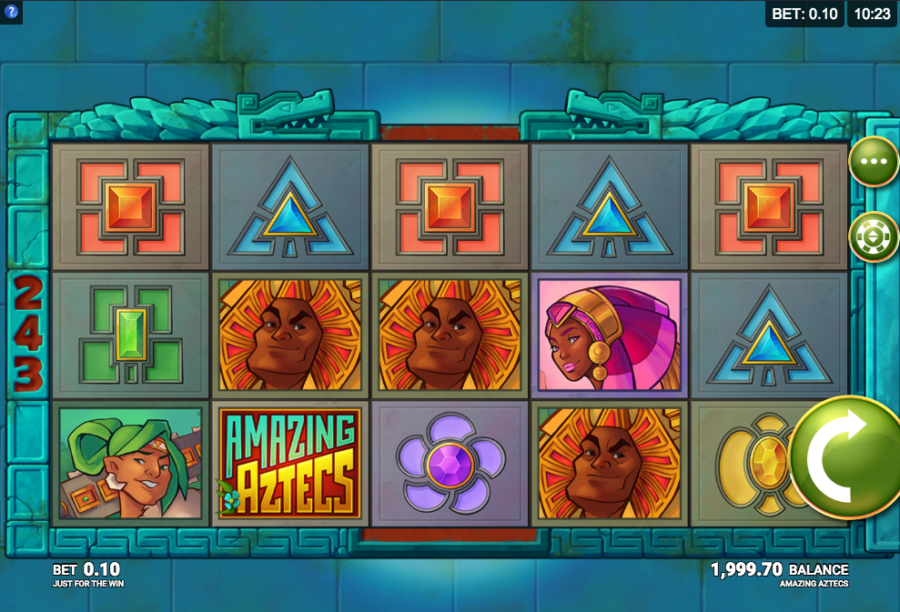 Amazing Aztecs is a game with top-notch graphics and classic symbols. It'd take you to experience the early thirteenth century during the Aztec Empire in South America with its simple gameplay and the modern blend it has to it.

The symbols you’d find on the reels include hibiscuses, marigold, lilies of the Incans, orchids, and tiger flowers, all Aztec styled. You'd also find four characters, including a princess, chief, shaman, and hunter. An amazing Aztecs logo symbol is also present and has the highest paying value. When you land five on a payline, you will get ten times your stake.

Amazing Aztecs come with an autospin feature to adjust from 20 to 100 using the hidden buttons you'd find on your playing screen. Also, buttons help you adjust your stake, which could be a minimum of 0.10 credits and a maximum of 100 credits.

You'd observe some of the prizes from matching combinations are multipliers to increase your payout. The symbols that are flowers will offer you a multiplier range of 0.5x to 2x, while those of the picture symbols will offer you 10x of your stake on landing five.

In all, you can trigger up to 824x your stake with the 243 ways to win. The game's RTP is at 96.03% and has a low hit frequency of 23.01%. The online bingo or bonus it has is the giant symbol respin feature and is discussed below. 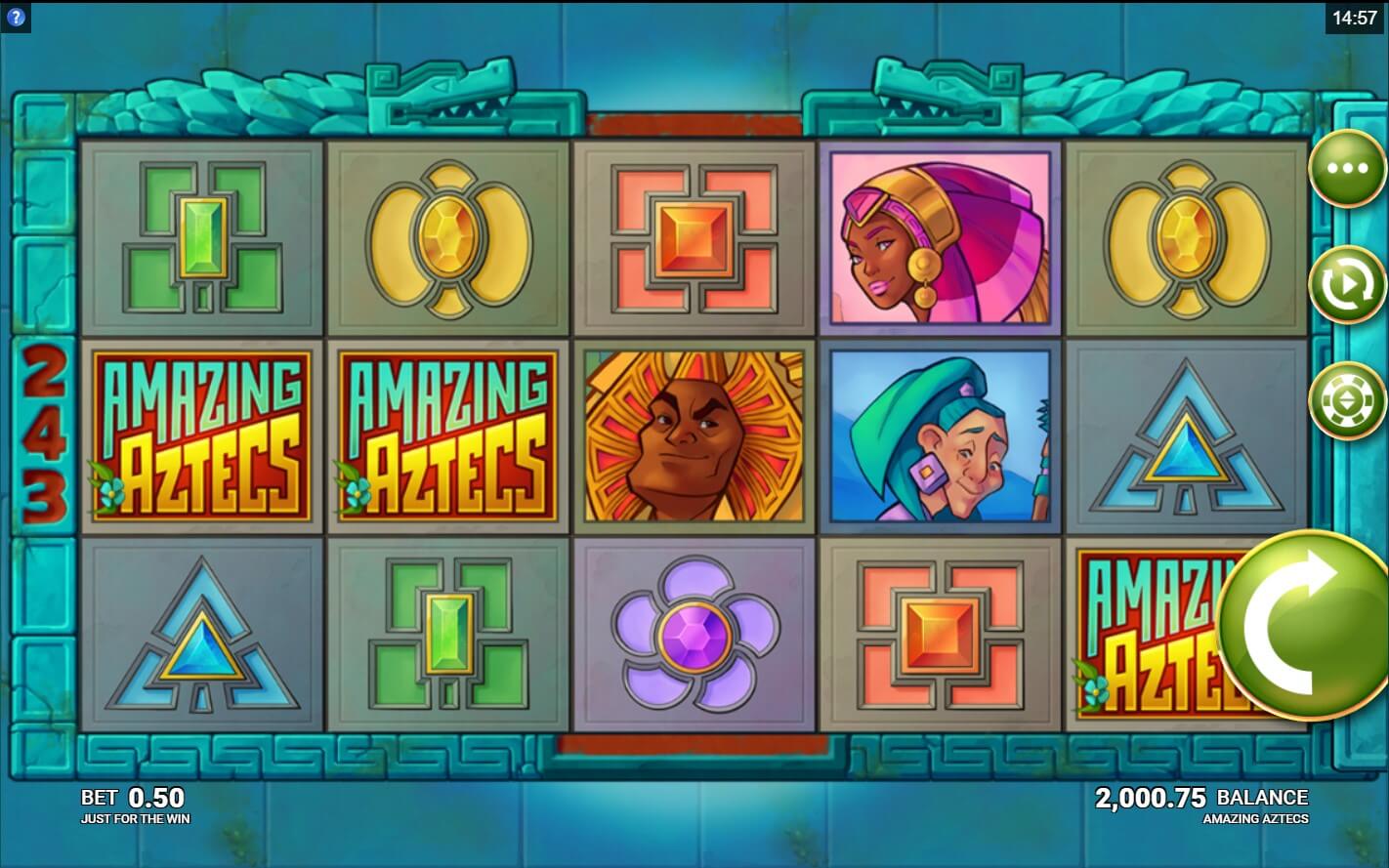 The unique feature in this slot is this online bingo known as the giant symbol respin feature.

You can trigger this bonus and win massively when you play now on Umbingo. 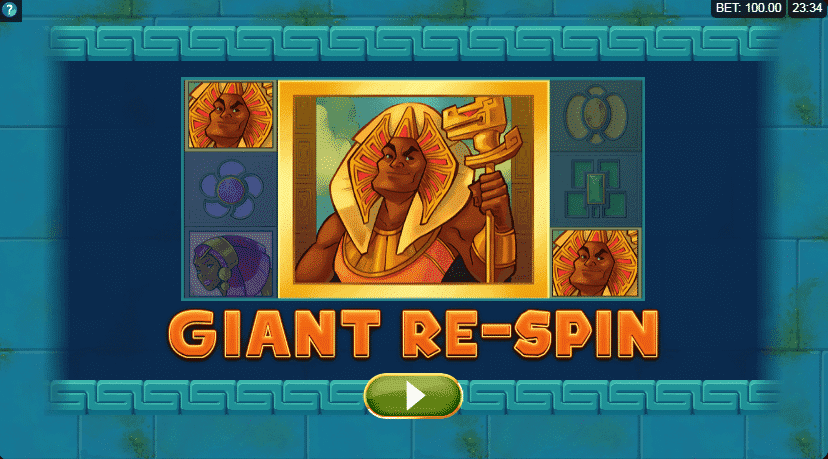 Amazing Aztecs comes with a unique and different theme, unlike we see in most slots. Although maintaining a classic sense, it's void of playing cards and stick totally to the Aztecs-theme.

The solid gameplay and unique feature make it a game worth playing and earning off too. You can start playing now on Umbigo, and you just might get lucky with the free bingo online or perhaps the Alchymedes slot!