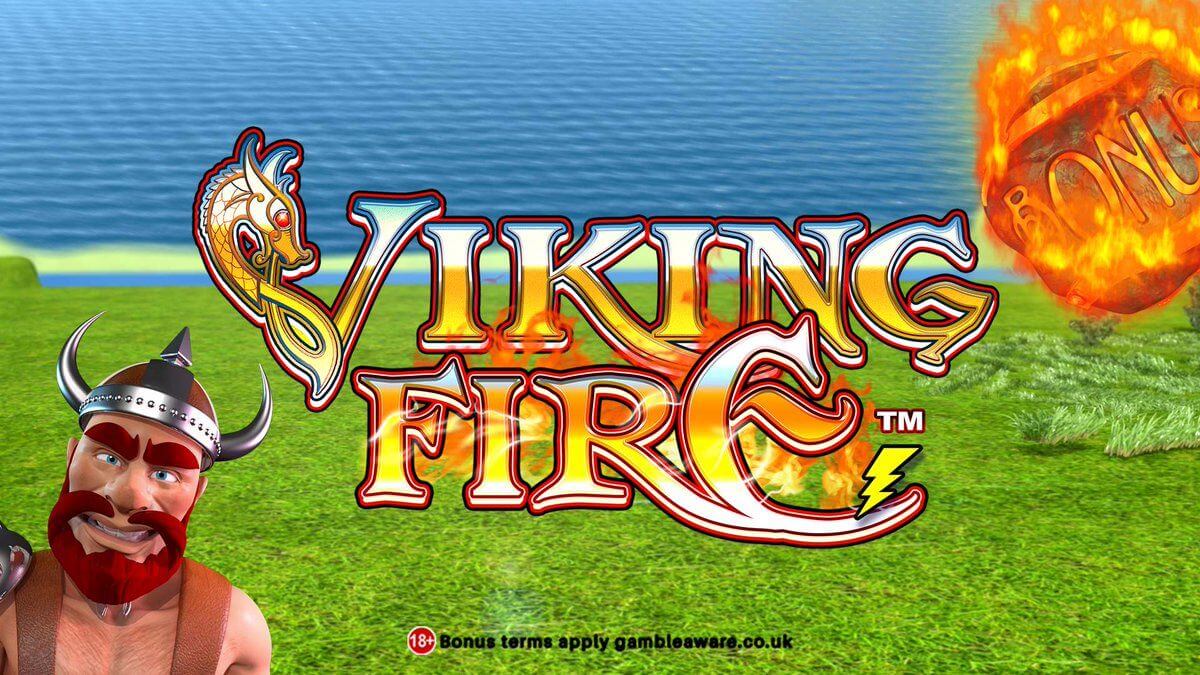 In Viking Fire you can burn the entire house down and dance on the ashes with stacks of gold in your hands; sounds harsh, but what did you think vikings were getting up to back in the day? Make no mistake about it, if you are a fan of vikings or things of that nature, then you will definitely find something worth seeking in Viking Fire from the immensely talented Lightning Box Games!

For those that don’t know… Viking Fire is a 5 reel by 40 payline sort of slot machine, one that is computable on all HTML5 devices — this includes laptops, Androids and most Apple products! Expect only the unexpected in Viking Fire, a slot that is relatively simple, only with a few cheeky bonuses that you might not expect! Continue reading the review below to learn more about Viking Fire bingo and slots game!

About Lightning Box Games and Other Games

Formed all the way back in 2004, developer Lightning Box Games has made a career out of creating lasting online slot machine experiences that stick with you long after you’ve stopped spinning! Their goal is to essentially be your one stop shop for anything online slot related — and if they continue making slots like Viking Fire then they are definitely on their way to doing just that!

Most of their slots have a land based feel to them, that’s one of the main appeals. Graphically speaking, their slots might not hold up to other developers the likes of NetEnt, but the gameplay is where they really come into their own. At this moment in time there are well over two dozen slots for you to check out in their stacked catalogue of games, here’s some of our favourite games with bingo promotions:

Welcome to the bright and colourful world of Viking Fire from developer Lightning Box Games, a place that is incredibly bright for some reason! Like we’ve already mentioned, the developer likes to create slots and online bingo games that have a land based feel to them, and there were moments when we were playing Viking Fire where we thought we were in an actual casino/pub just spinning away! Newbies, we can tell you now that this will be a slot worth spinning!

To spin this slot machine you’ll first need to present the game with a starting bet of some kind, this is something that is set at the start of every spin. In Viking Fire one can spin from as little as 50p a spin all the way up to £1,250! That’s right, people, one can play here for well over 1k if they want, doing so will mean you make a hell of a lot more money, not to say that there isn’t any enjoyment in spinning on a lower amount, because there is…

Simply use the plus and minus symbols to increase/decrease your bet until you are satirised with the amount presented. There is an autoplay mode here for the lazy players out there that just want to take advantage of the high RTP percentage. Autoplay is a common feature in most Lightning Box Games — simply select the amount of games you want the CPU to play for you and watch as all the money heads in your direction.

Now, let’s talk symbols… Since this is a viking experience (shoutout to WWE), one should already have a pretty good idea on the sorts of symbols one can match here. Symbols on the reels include low value playing cards (K, Q, J, 10 and 9) and high scoring symbols such as a dog, a sword-wielding viking princess, wizard and male viking king. Every symbol we’ve just listed will net you something different when found depending on how many are involved in the winning line and your bet amount.

If you care about making money in Viking Fire then you will want to be looking out for the study hammer icon, this is the chosen wild symbol here in the game, matching this icon will replace every icon aside from the scatters. We should mention that every time the wild hammer is involved in a winning line, you are awarded double the amount you normally would score-wise!

Another way to make some serious cash here in Viking Fire is to match the scatter icons that the wilds leave behind, doing so will award punters with free spins in return. You’ll start with around five free spins, each coming with their own set of multipliers and rules. It’s possible to net 2,000x your stake line in this bonus — not to mention the ability to combine exclusive symbols to advance through a mini levelling system. 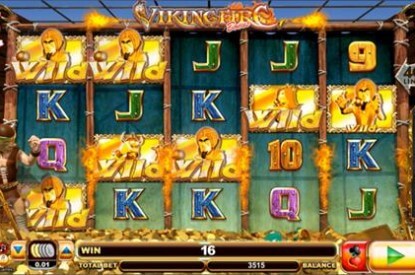 As long as you are taking advantage of the free spins and wilds, we can can’t stress this enough. As long as you are taking advantage of these then you’ll be well on your way to Valhalla! Viking Fire is a medium to high variance sort of slot machine that is best played when pushing it to the limit — yes, the look of the game is somewhat basic, but this slot is one to play for the features, always has been, always will be!

Viking Fire is a fiery online slot machine made by one of the best names in the business, trust us! Lightning Box Games has managed to toe a very distinct line in this slot, making it incredibly simple in certain parts and rather difficult in others — just look at some of the bonuses on offer here to see an example of this! We would recommend Viking Fire to anyone who enjoys bright and imaginative slot machines; if you’re looking for a more realistic viking experience then you might want to look elsewhere…

If you are looking for a casino themed slot game, Vegas Diamonds is the perfect pick for you.