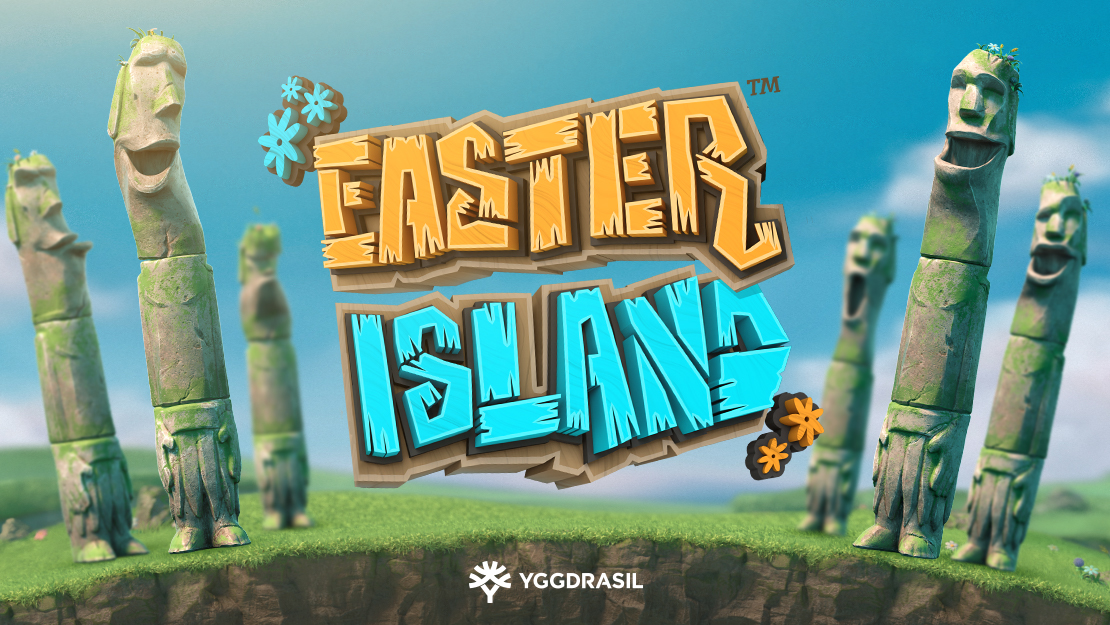 Take a trip to a mythical island paradise as Umbingo the best place for bingo free no deposit, brings you Easter Island! The best online bingo site brings the giant-headed fun straight to you.

In the real world, nobody quite knows how these giant moai statues came to be built in the first place. In Easter Island, nobody cares because they’ve finally been put to good use – delivering bonuses and prizes to lucky players.

With 5 reels and 103 ways to win, why not see if you can be one of the lucky ones? Easter Island is playable on all formats from as little as 10p, so there’s no excuse not to dive in. So sign up to Umbingo today for the best online bingo and to play this slot!

About Yggdrasil Gaming – The Developers of Easter Island

Although Yggdrasil Gaming hasn’t been around for as long as some of their competitors, that hasn’t stopped them building a good reputation in the online slot games community. In that time they’ve also dabbled in lotto games and scratchcards.

Founded in 2013, the Malta based company pride themselves on using state of the art technology to bring players the best gaming experience possible. There are a few  Yggdrasil Gaming titles that you may have come across already: 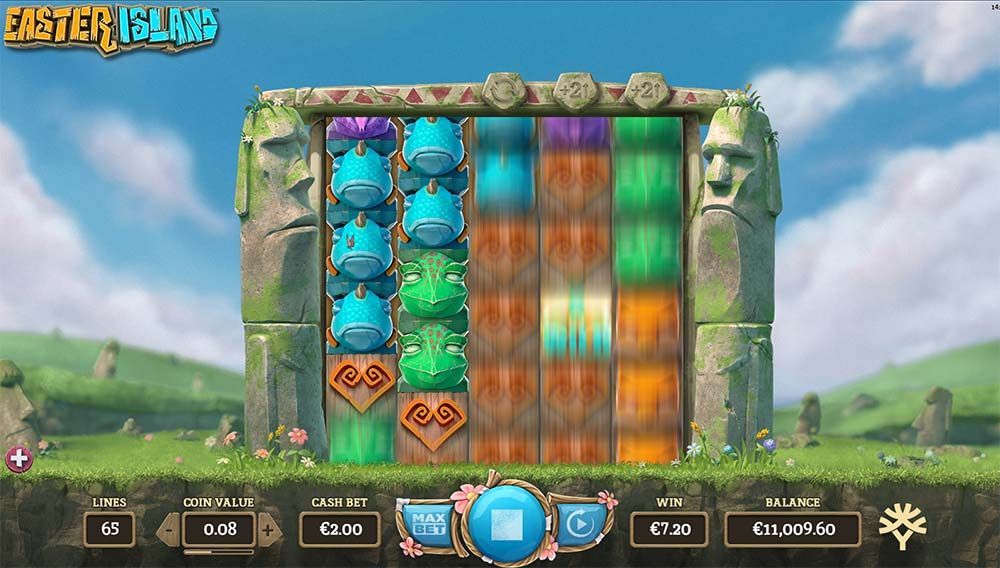 The visuals for this slot game see the reels set on a granite backdrop with Easter Island heads on either side. A soothing, tropical theme plays in the background, making you feel like you’ve finally gone on that desperately needed holiday.

The game also boasts an autoplay feature, which can be used for between 10 and 1000 continuous spins.

High to medium value symbols are shown in the form of the island’s animal inhabitants: a red eagle, an orange fox, a green frog, a purple lizard, and a turquoise iguana. The red eagle is the highest value of all the symbols, worth 500 coins for 5 across a payline. There is also a golden relic Wild symbol. Of lower value are standard playing card symbols of a heart, a diamond, a club, and a spade. 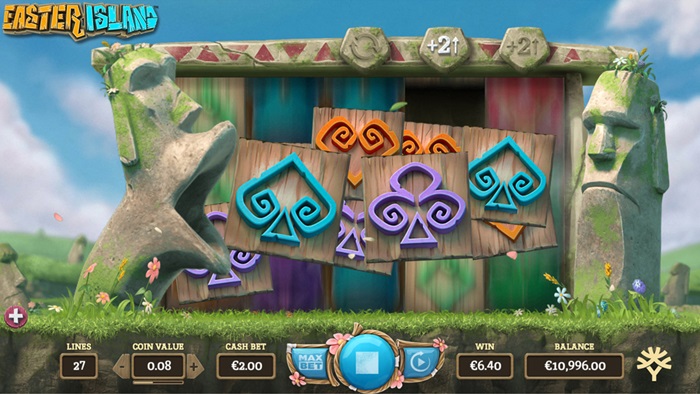 Although Easter Island doesn’t utilise more conventional bonus rounds in this slot game, there are still plenty of ways for you to maximise your money. 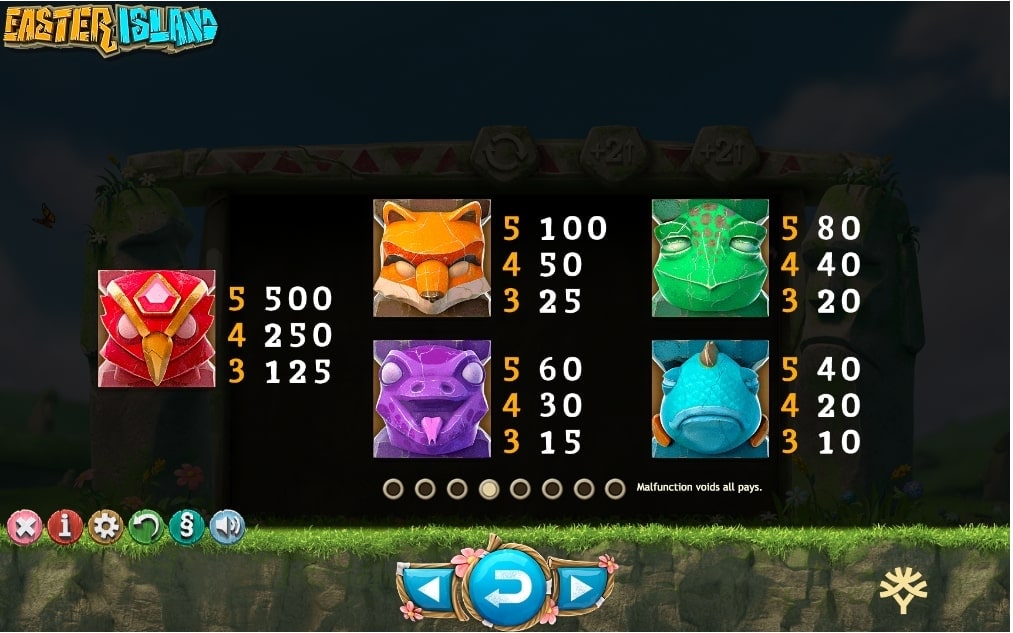 There’s a lot to love with Easter Island’s aesthetic. The game is simple to play, making it easy for beginners to stuck into. The 3D animated moai statues are nice background characters, who are wonderfully subtle and don’t get in the way of what you’ve come to do.

What the game lacks in typical bonus rounds, it really makes up for with potential re-spins and expanding reels. If everything falls into place then you could possibly win 47,000 coins, which definitely shouldn’t be sniffed at.

If you want a fun, easy going game that gives you the chance to win some decent money, then you could do a lot worse than Easter Island. Give it a try, or try some of our bingo games, like Weekly Big Game Bingo.