We recently reviewed the slot Deco Diamonds bingo free no deposit, from online developer powerhouses Microgaming who had teamed up with Just For The Win to present Deco Diamonds – a classic diamond themed, 5 reel, 9 pay-line slot. Now they’ve bought out the ‘deluxe’ version in the form of Deco Diamonds Deluxe, another 5x3, 9 pay-line with a super high volatility that gets the adrenaline rushing.

The RTP for this one is similar, sitting somewhere between 96.03% and 96.12%, so fairly average. However, with the game’s high variance and strong opportunities to win big, we’d consider the overall winning fairness to be up there with the original and therefore the best online slots on the market.

Following on from the glamorous, traditional slot theme of the original, Deco Diamonds Deluxe presents itself as an even more luxurious version. Not only are the graphics enhanced, but there are tonnes more features including bonuses, which we will run through. All-in-all, we loved Deco Diamonds, but its deluxe counterpart just about pips it in every aspect. Available on Umbingo best online bingo, this is one you certainly do not want to miss.

Giants Microgaming took over the reigns for the second installation of the Deco Diamonds saga, having produced the original feature with the much newer organization Just For The Win. Initially we were a little skeptical about this news considering the fantastic job that Just For The Win did with the original, but having played Deco Diamonds Deluxe slots games, we are no longer complaining! It remains to be seen why this decision was made but as far as we are aware, it seems to have been a successful one on Microgaming’s part.

Quite simply, some of the best online slots in the world come from Microgaming. They are absolutely one of the best slot developers in the market having produced some of the most famous games available since their formation all the way back in 1994, where, interestingly, they developed the first real piece of visual gambling software. Since then, they’ve gone on to develop thousands of great slots including classics such as Thunderstruck 2, Immortal Romance and Avalon 2 - Quest for the Holy Grail.

Microgaming tend to lean towards games with higher volatility, and this is certainly in the case for Deco Diamonds Deluxe. They also love a classic diamond themed game, as can be seen in the original Deco Diamonds and in other games such as Diamond Deal, and in their productions over the years they have really refined the art of brining that classic feel into the home, to be played on your mobile, tablet or desktop computer at Umbingo a bingo games casino, as is the case with Deco Diamonds Deluxe.

The actual gameplay tendencies that Microgaming commonly follow include high payouts, progressive jackpots and a generous helping of free spins, all of which mean that you can play a slot developed by Microgaming safe in the knowledge you’re putting yourself in the driving seat towards success. 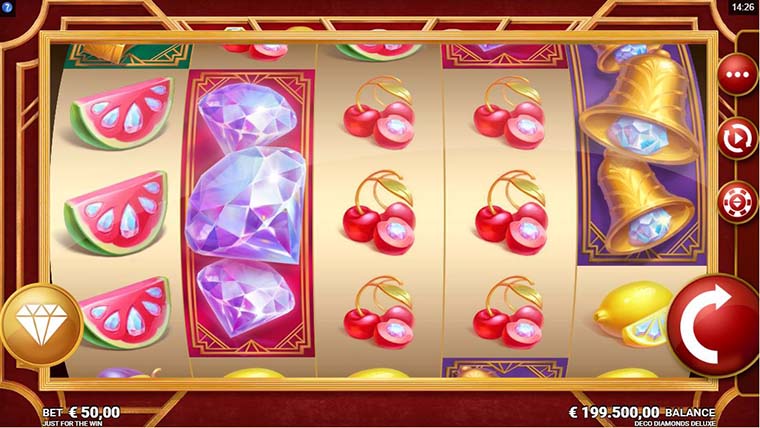 There isn’t a whole ton to say about this, other than that it’s a more visually attractive version of its predecessor the original Deco Diamonds slot. The bonus features are the part that differentiates itself from the traditional 5x3 slot. 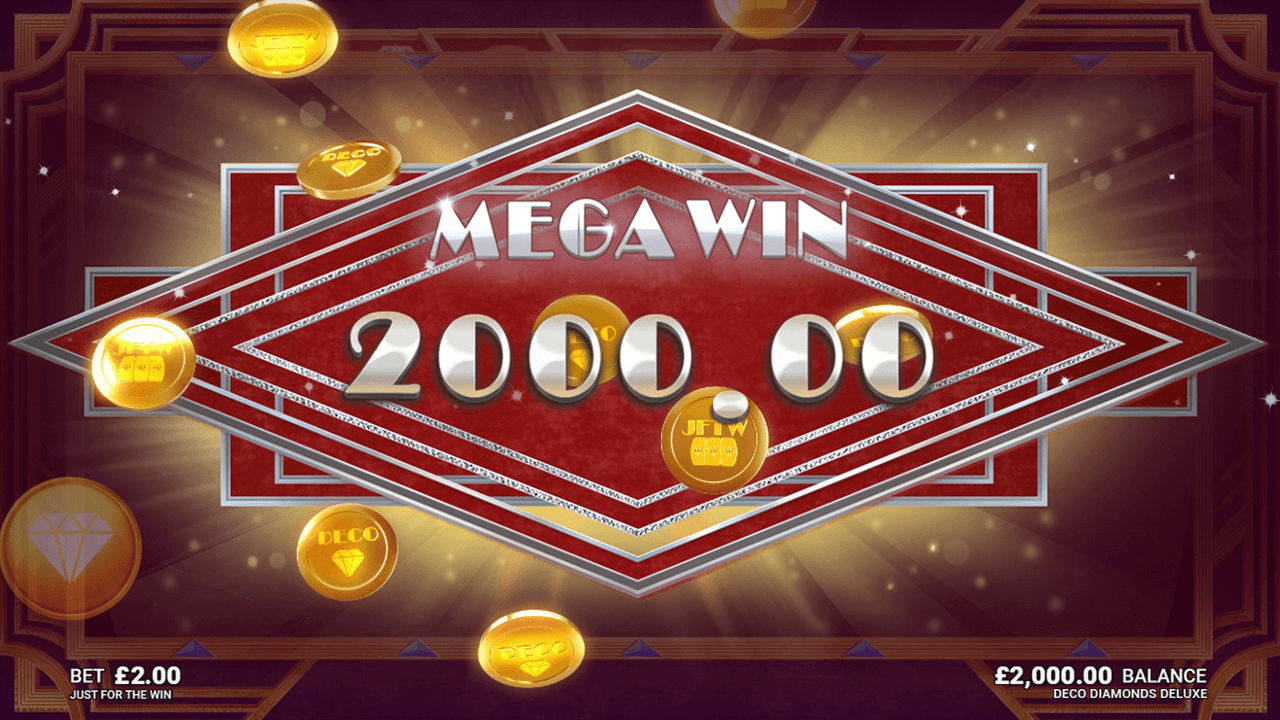 As with the original Deco Diamonds from Just For The Win, there are no free spins in the traditional sense. However, you are able to win yourself re-spins and have access to the bonus wheel if you play your cards right which more than makes up for it.

The re-spin is effectively a singular free spin, and these come on a semi-regular basis so could always be the difference between a win or not. The bonus wheel is substantially more interesting though, as one spin on this will guarantee a payout in the form of a multiplier of your stake. 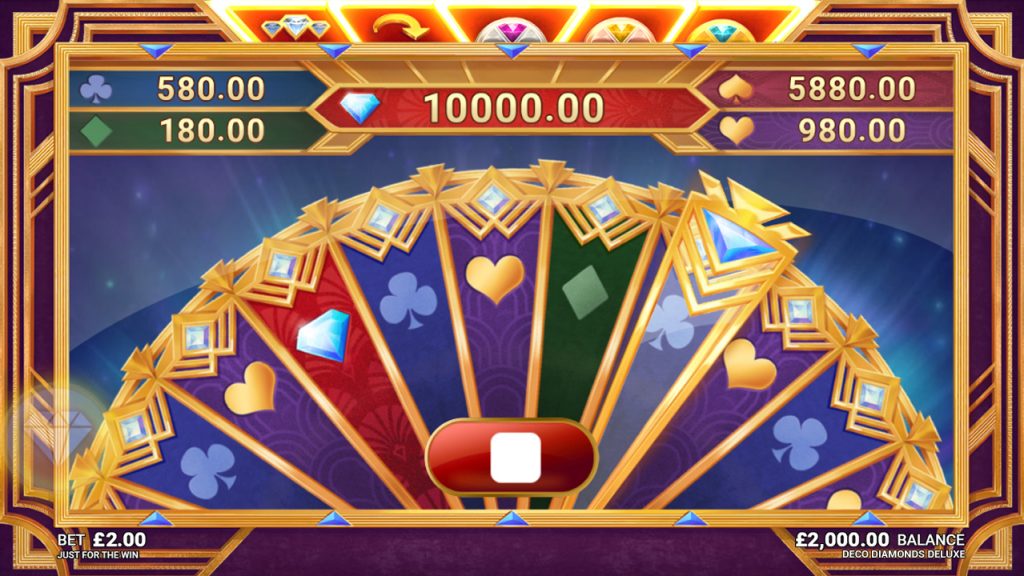 We loved Deco Diamonds, so we were confident that when playing Deco Diamonds Deluxe, it would be just as good. And it was, if not better! There isn’t a huge amount of difference between the two games other than the updated graphics and the extra features, but these are the bits that just about pip this game above the original in our standings.

So, if you’re into a classic diamond themed game with a high volatility rate and the chance to win big, this is the game for you, on Umbingo. If you want to try some of our other slots, may we suggest the exciting and unuasual Cyrus the Virus slot?