Fans of the best bingo no deposit bonus games are sure to have rejoiced recently at the news of the launch of Clover Rollover 2, available to play here on Umbingo.

Created by world-renowned PlayTech, this new release capitalises on the previous success of the original Clover Rollover, which was released in 2008. This highly popular slot has long been considered to be one of the best online bingo games played in the UK and has amassed many fans over the last 12 years.

Featuring updated graphics, the newly unveiled sequel combines the classic style of its originator with a snazzy new look that is sure to prove popular with fans of its predecessor. So sign up to Umbingo today for slot games to play.

About Eyecon and Playtech - The Genius Behind Clover Rollover 2

Based in the Isle of Man, Playtech first launched in 1999 and quickly went on to become, in its own words, the “leading technology company” in the gambling industry.

Among its offerings, PlayTech provides “business intelligence-driven gambling software, services, content and platform technology” across various parts of the industry. These include bingo games, sports betting, poker, virtual sports and both casino and live casino.

Not only that, PlayTech is the founder of omni-channel gambling technology thanks to PlayTech ONE.

Having become something of a giant in the industry, PlayTech offers its technology to the likes of leading land-based casinos, both retail and online operators, and even government-sponsored platforms such as national lotteries. Clover Rollover 2 was developed by the company’s EyeCon Studio.

Speaking of the bingo game’s release, Angus Nisbet, the Director of Digital Bingo at PlayTech, stated, “For over 12 years, the original Clover Rollover has been one of the most consistently popular slots across the Playtech Bingo network – so we’re very excited about the potential of this highly anticipated sequel.

The Eyecon team has done a fantastic job of updating the graphics and in-game presentation, and we know players will be excited by the chance to win three different jackpots, especially with wins triggering more frequently.” 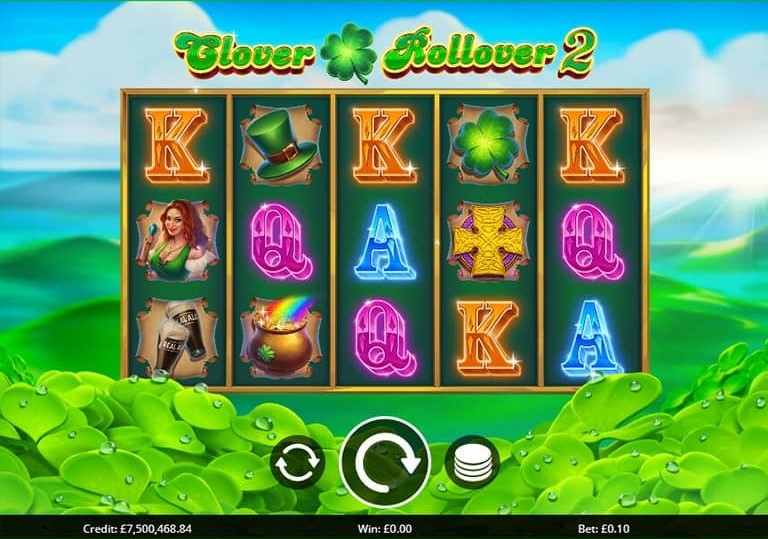 As the game’s developer, Eyecon Studio, explains, Clover Rollover 2 “stays true to the original player experience”, retaining its familiar symbols from its predecessor. These include the pot of gold, the barmaid and the four leaf clover, although each of these symbols has been redesigned and carefully animated for extra wow factor. The four leaf clover in particular is one to look out for, as this symbol on its own can mean a whopping win of up to ten thousand times your stake!

Clover Rollover 2 features five premium symbols (including the three already mentioned) and 3 royal symbols. The premiums offer between 40x and 1,500x your stake, while the royal symbols pay out between 5x and 20x the stake.

In general, Clover Rollover 2 remains simple and easy to play, just like the original. Nestled among the rolling green hills of Ireland - complete with catchy folk melody to complement your spins - this game offers a 5 x 3 reel setup, with 5 paylines, although these can be lowered to 1 if need be. The minimum bet is £0.50 while the maximum bet is £50, and the RTP weighs in at 93.98%. 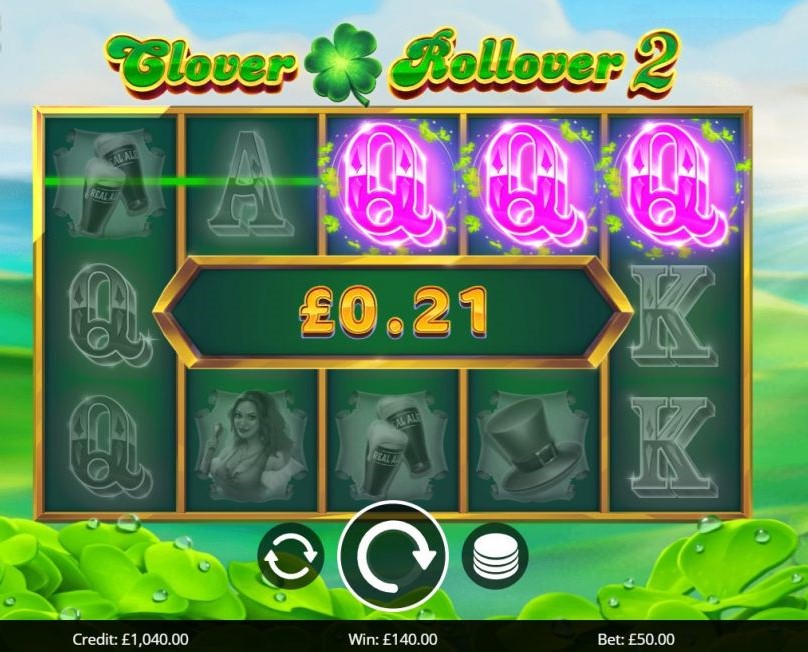 While there are no bonus features per se, including no free spins, the game does differ from the original, thanks to its new three tier jackpot system. This consists of a Mega, Maxi and Mini jackpot which varyingly build up and decrease.

This system not only results in more regular jackpot winners but also means that some of those lucky winners have the chance of scooping a generous prize. The Mega jackpot is obviously the one you will want to set your eye on, but the lesser jackpots are nothing to sneeze at. 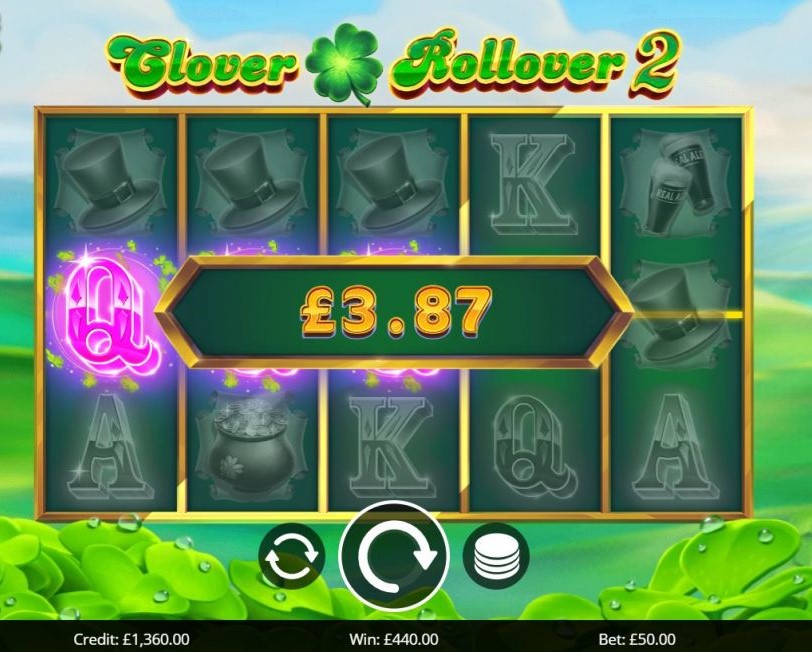 Our Verdict on Clover Rollover 2 Slot

Here at Umbingo we are sure the new release of Clover Rollover 2 will not disappoint fans of the original, or lovers of online bingo games in general. Combining the former’s classic style with its new jackpot system, this online slot game provides plenty of potential for wins, set against the atmospheric backdrop of the Emerald Isle - renowned for its lucky shamrocks, after all! While you are here, why not spin the reels of the 20p Slot.