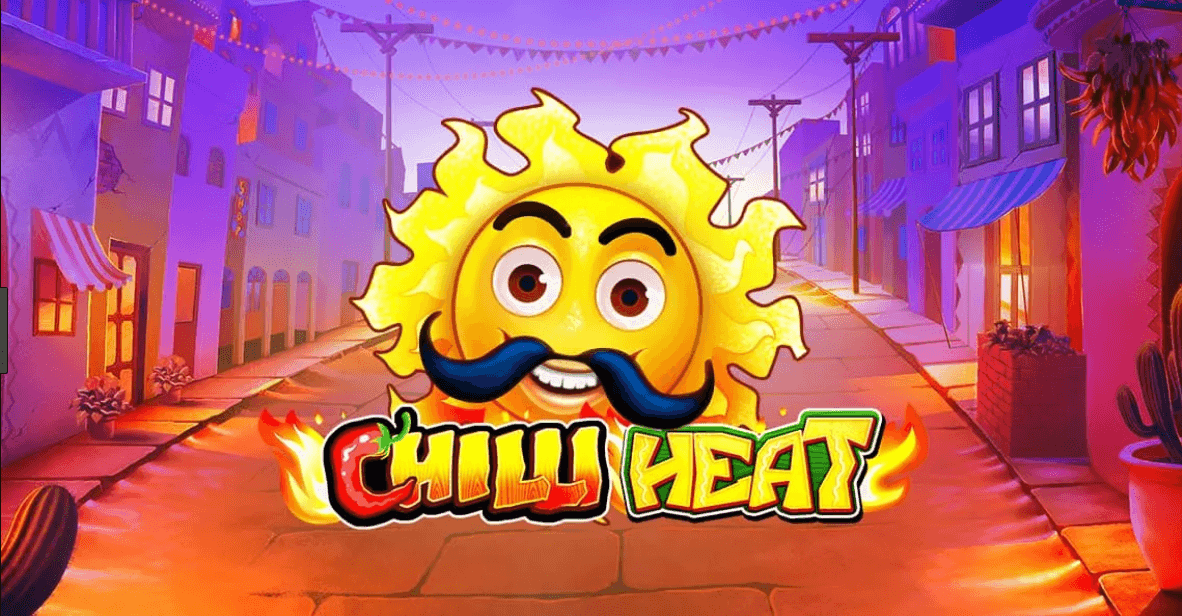 Chilli Heat by Pragmatic Play is a 5 reel, 25 pay line Mexican slots. Features in the slot include the streak spin-style re-spin feature, a Free Spins feature, the Grand jackpot that rewards up to 1,000x your stake, etc. You can win up to 8 free spins too with the chance to win unlimited free spins.

Stakes on all devices start from 25p to £125 a spin on all iOS and Android mobile, tablet and desktop devices. Play the best slot games and bingo games at Umbingo!

The action in this Mexican themed slot is set against a street scene with symbols on the reels include chillies, cactus plants, low paying card values A to J, Tequila glasses, a Chihuahua and Tabasco sauce. The guitar-wielding hombre rewards the highest value of 8x your total bet when 5 appear on the reels.

If you fill all the 15 gaps, you’ll receive a combined amount plus you’ll access the Grande Jackpot prize which is indicated above the reels. The fixed jackpot amount is equal to 1,000x your total bet.

Pragmatic Play - The Developer of the Chilli Heat Slot Games

Pragmatic Play is an online slot software company that was started in August 2015. Pragmatic Play is one of the fastest-growing casino game providers in the gambling industry. They have a workforce of more than 100 highly-skilled gambling professionals who develop each of their incredible casino games from their main headquarters in Sliema, Malta.

Pragmatic Play has won several awards over time with their major success coming in 2017 when they took home the Best HR Director, Best Digital Company and the Software Rising Star award in one night. They also went ahead to win the Best Gamified Experience Company in 2017.

They also got nominated for Game of the Year in 2016 and 2017 when their Hot Safari and Queen of Gold slots got nominated, but they missed out on winning both times. Find bingo no deposit bonuses and more at Umbingo!

Pragmatic Play has acquired gaming licenses from gambling commissions in Malta and the UK. These jurisdictions offer two of the toughest licenses to acquire. They have also been licensed to operate by the AAMS in Italy, are fully certified by Romanian authorities, Curacao's eGaming certification body and Philippines' gambling regulator, PAGCOR.

They have become one of the 1st casino game providers to have a gaming license in Bahamas and Denmark. Their casino slots are available to play on several online casino sites. These are 3 reel, 5 reel slots that include various themes like adventure, war, history, humour, love, action, Irish theme, etc. Some example of Pragmatic Play casino slot games include; 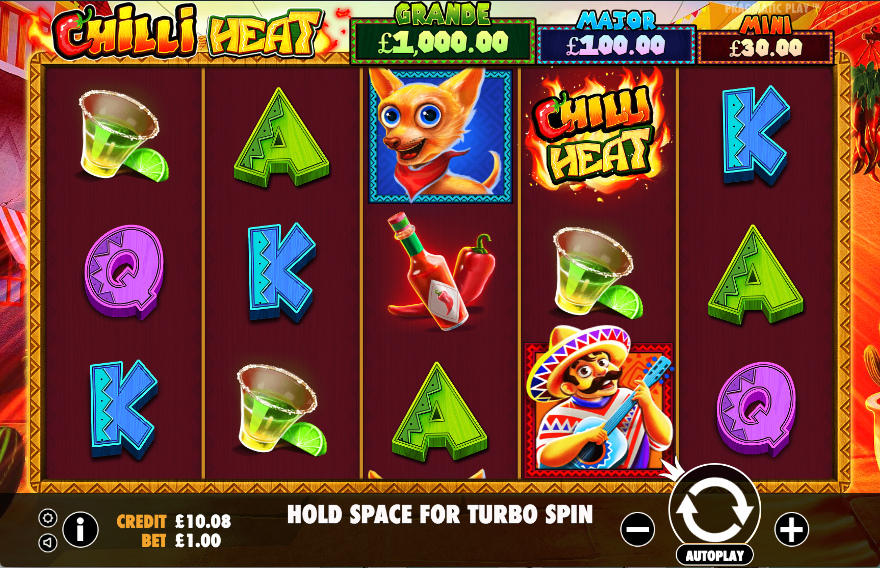 Last Review of the Chilli Heat Game - Hit or Skip?

Chilli Heat is an enjoyable slot to play and the slot design is bright and beautiful enough to keep you locked on time screen for hours. The mariachi tune that serves as the soundtrack keeps action in the slot moving along perfectly. The game’s bonus features are worth highlighting. This is especially for the Re-spin feature which can deliver some heavy action. The game has a middle variance so you can expect loads of wins coming in small doses frequently.

Chilli Heat by Pragmatic Play doesn’t offer some hot volatility, but it still has a kick. The online casino game is really likeable, not only in terms of design but also rewarding bonus features like the free spins feature and the money respins feature. You will receive up to 8 free spins during the free spins bonus feature and remember that the low-value playing card symbols will be eliminated from play during all the free spins in the round. You can re-trigger the feature for more free spins as many times as you like. If you enjoy a good Mexican theme, then this Mexican adventure is worth trying out.

The Money Respin feature is activated when 6 or more money piñata symbols appear on a single spin. The feature takes place on a new set of reels where all the money piñata symbols that activated the spins thereafter stay in position while you receive 3 respins. The new reels where the feature plays out are made up of blanks or sacks. Spinners will receive 3 additional re-spins to play until the feature continues until players run out of respins or until the reels fill with money sack symbols. It’s possible to win the Grande Jackpot prize worth up to 1,000x your total stake. Take it for a spin any time you are in need of some spicy entertainment because you won’t be disappointed. Well, what are you waiting for? Join Umbingo, and play Chilli heat and any free bingo sites game variation you fancy!