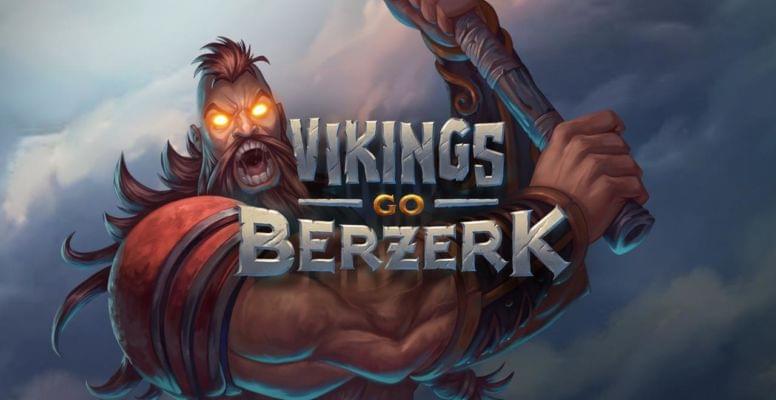 Ever wondered what it might be like to live life on the high seas as an aspiring viking? Well, in Vikings Go Berzerk you are given everything you need to live out some of your wildest fantasies across reels that are as ravenous as they come! Yggdrasil Gaming are the developers behind Vikings Go Berzerk, a name that many of you out there will know already — it goes without saying, but expect the unexpected from this one on the best slots and bingo sites uk!

Vikings Go Berzerk is a 5 reel by 25 payline sort of slot machine, one that you can experience from as little as 25p up to £125. We would also like to add that Vikings Go Berzerk is playable on all devices also, which does mean you can take this slot on-the-go with you! There’s plenty of bonuses on offer here, the kind that can and will make you quite rich as long as you’re spinning and pillaging often! Continue reading to learn more or just try your luck now with 500 free spins!

About the Developer of Vikings Go Berzerk: Yggdrasil Gaming

One of the most talented software developers we’ve come across in all of our years spinning their games, if you’ve never heard the name Yggdrasil Gaming then you certainly do now! These guys have been crafting online slots since 2013, time well spent when you look at the quality of titles like Vikings Go Berzerk. It pays to play their titles, we’ll tell you that for free.

If you’re a fan of medium to high variance games then you will definitely like what Yggdrasil is coming out with.  With Yggdrasil you open yourself up to a world of opportunity — which is all you can really ask for when you think about it. Every slot they release tells a different tale, here’s some of our other favourites worth checking out:

And many, many more online slot games and bingo games UK!

Vikings Go Berzerk might be one of the best viking-themed games out right now — ask anyone who has spun this slot before and they’ll all tell you the same thing. If any of you out there have played Vikings Go Wild from Yggdrasil Gaming then you should already have somewhat of an idea on what to expect. Yes, both follow a similar viking theme, but there are still differences here to separate the two and make them worth checking out separately.

To play Vikings Go Berzerk you’re first going to need to present the game with a starting bet of some kind. As mentioned at the top of the review, aspiring vikings can spin here from as little as 25p a spin up to £125. Know that playing on a higher bet amount does come with its own level of victory when compared so smaller, safer bets; basically, if you want to earn gold like a viking, you’ll have to be brave like a viking.

The look and feel of the game is very similar to the Vikings Go Wild game in that both utilise realistic cartoonish graphics. In terms of the symbols you’ll find on the reels, vikings and gold coins make up some of the most common of all icons, each offering something different in terms of scores depending on the symbols one is matching and the amount of icons involved in the winning line. More on slot bonuses, bingo games slingo and other casino related topics on our pages and blogs! 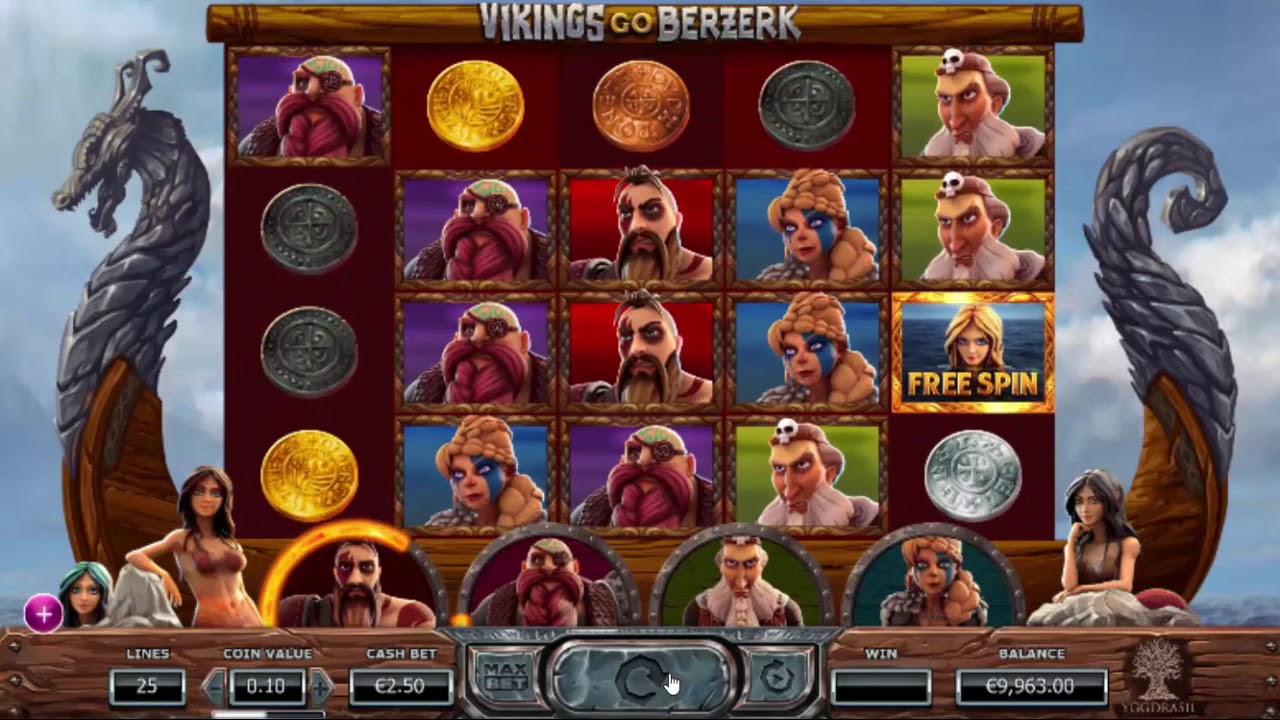 All you need is as few as three symbols in the same line to trigger a win here. Look on the side of the reels and you’ll find a meter, whenever a Viking symbol is part of a win, the viking’s rage meter increases. Fill this meter and a free spin will be awarded to the player. It’s worth noting that this free spin feature can be awarded via matching three free spins symbols to gain entry into the round!

Look out for the Treasure Chest symbol appearing on reel 4 as it will reward you with a coin win (or cash prize) of between 2 and 40 times your stake! Treasure chests are incredibly common in Vikings Go Berzerk, meaning there is a chance to make a hell of a lot of cash as long as you’re finding them often enough; remember when we said that the fortunes favour the bold? Yeah, it’s because of bonuses like this!

Free spins are valuable in that they come with multipliers attach, the kind of multipliers that will prove dividends to your final scores. Up to 21 free spins are available here, the amount of free spins you earn will depend on how many free spins symbols you can combine. We should point out that all wilds in this bonus are sticky, meaning they will lock in position thus making them a lot easier to match! Play this game now with 500 free spins, or try no deposit bingo!

One of the best bonuses on offer in Vikings Go Berzerk is the randomiser, a bonus that will trigger at random times, giving you three additional respins a starting wild, a starting wild reel or 5 treasure chests and 5 Golden treasure chests — talk about a lot for a little! The more you play the more you’ll find this bonus, a bonus that is one of the best ways to make the most cash here in Vikings Go Berzerk. 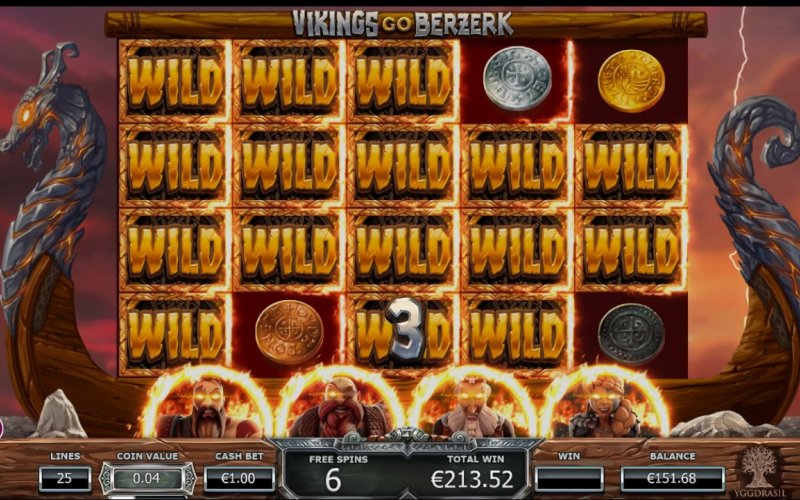 Vikings Go Berzerk is definitely one of the more ravenous slots coming out of the Yggdrasil Gaming catalogue, a slot that only seems to get better and better the more you play it. There’s a lot of variation to Vikings Go Berzerk that makes every spin memorable in some way — the free spins alone make Vikings Go Berzerk a must-play sort of slot machine for obvious reasons. Don’t sleep on Vikings Go Berzerk, it’s a quality game made by people who clearly care. If you enjoyed this game why not also check out Wolf Gold slot too?