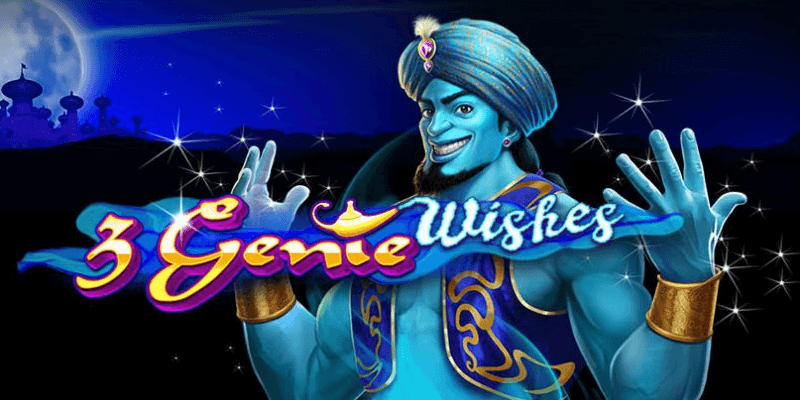 3 Genie Wishes is a 5 reel and 50 payline Pragmatic Play slot. Features you can play in this free slot games include free spins, stacked wilds, up to 500x your stake, sticky wilds, etc.

Spinners will enjoy this Arabian theme where the genie shows up from his golden lamp and rewards small wins as well as huge wins that go up to 500x your stake, 10 free spins that have raining wilds being added to each free spin and/or 6 free spins that all include sticky wilds.

More instant win pick prizes await you if you can start your stakes from 50p to £250 a spin on all Android and iOS devices. Play best online bingo games here.

About the 3 Genie Wishes Slot

The action in this slot takes place in a sun-kissed, Arabian village. Symbols on the reels include low reward card values A to J, as well as animal characters like a parrot, monkey and 3 special Arabian characters who award spinners 150, 200 or 300 coins when 3, 4 or 5 appear on the reels. The wild symbol in the game is represented by the Genie.

He can substitute all other symbols except the scatter and it awards payouts of 20, 100 or 400 coins when 3, 4 or 5 wilds appear on the reels. The genie can appear fully stacked and transform all the other reels into wilds because he can land on all of the 5 reels or on multiple reels on a single spin.

The magical golden lamp acts as the scatter symbol when it appears on the odd numbered reels on a single spin. Players will win a payout equal to your total stake when the scatters land.

- High Award - an instant win reward ranging from 10x to 500x your bet is cashed out.

- Free Spins with Raining Wilds - you're rewarded 10 free spins with a number of wilds added randomly on every free spin.

- Free Spins with Sticky Wilds – if you choose this category, you'll be rewarded 6 free spins. Wilds will be randomly added to the reels on every spin. When a wild symbol lands, it remains frozen in place for the rest of the feature.

The reels appear different in both free spin features - the standard genie is eliminated from the reels and so are the scatters. The wilds that randomly hit the reels serve as an adequate enough substitute. Unfortunately, players can't be able to re-trigger the feature for more free spins. For more freespins, check out the Genie Wild slot. 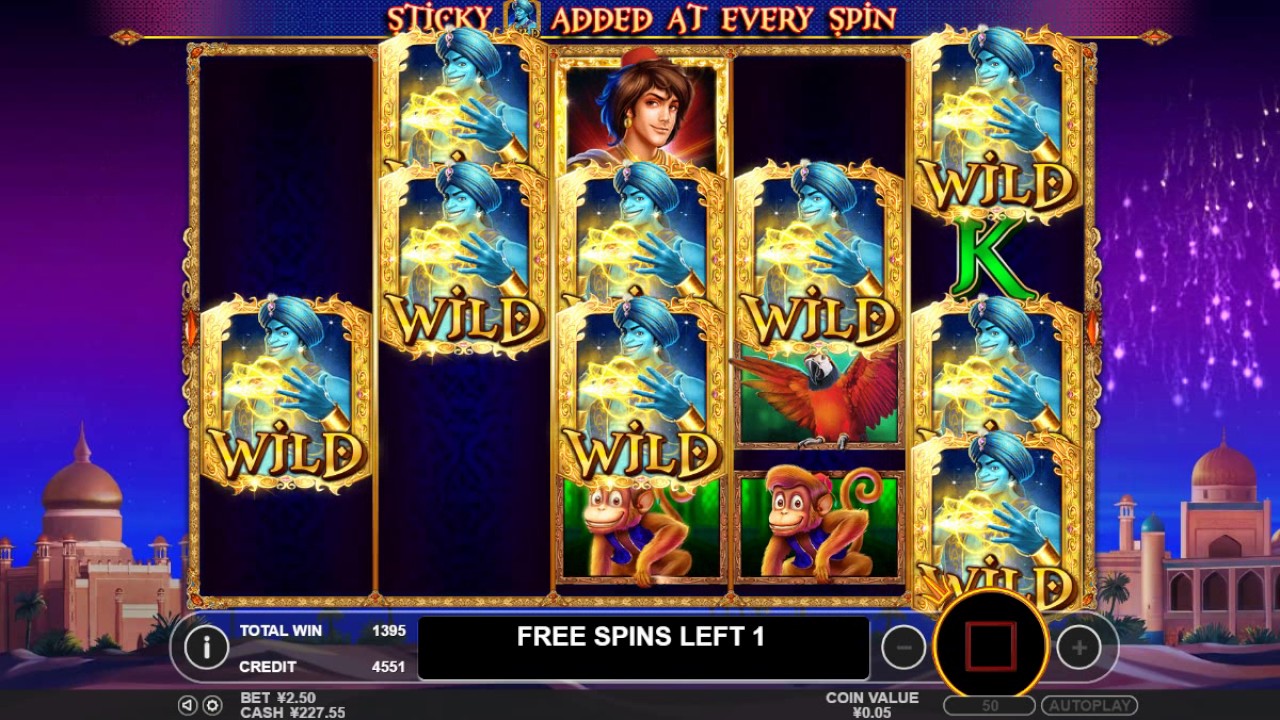 Pragmatic Play - The Developer of the 3 Genie Wishes Slot

Pragmatic Play was founded in August 2015 and has grown exponentially since then. It is considered one of the fastest growing online casino game providers. They have a workforce of more than 100+ highly qualified professionals who create each incredible slot game from the company's main headquarters in Sliema, a resort town in Malta.

They’ve won several gaming awards starting in 2017, when they won Best Gamified Experience Company, the Software Rising Star award, Best Digital Company of the Year and Best HR Director of 2017. They’ve also had nominations they missed out on like when they were close to winning Best Game of the Year in 2016 and 2017 for Hot Safari and Queen of Gold respectively. ultimately fell short of sealing the prestigious prize.

Pragmatic Play slots are properly licensed and available to play on all tour favourite online casino slot sites. Their slots are 100% free and fair and operate on randomness. The company has acquired licenses from Gaming authorities in Malta and the UK. Gaming licenses from the Malta Gaming Authority and the UK Gambling Commission are some of the toughest and best licenses to have under your belt.

Pragmatic Play has also been licensed by the AAMS in Italy, by Romanian authorities, Curacao's eGaming gambling certification body and PAGCOR, gambling regulator in the Philippines. Pragmatic Play has become one of the first games slot providers to have a license in the Bahamas before expanding into Denmark.

Pragmatic Play always releases new casino games every other month. They release an average of 2 new games per month. A lot of work goes into their slots thanks to a team of mixed talents including programmers, creative directors, audio specialists, mathematicians, graphic designers, etc. and altogether they create outstanding games for casino players to enjoy.

Pragmatic Play slots are thoroughly tested by several game testing laboratories to ensure they are free and fair to play. If their casino games pass all strict tests conducted on them, they are then released to each of the online casinos that offer casino software by Pragmatic Play.

Pragmatic Play slots are tested by gambling authorities like Gaming Laboratories International (GLI), QUINEL and BMM. Some of the casino slots offered by Pragmatic Play include;

Check them out to enjoy 3 reel, 5 reel and several ways to win slots in their collection; also, at Umbingo no deposit bonus bingo other surpises await you!

Our Thoughts on 3 Genie Wishes - Hit or Miss?

3 Genie Wishes by Pragmatic Play includes some nice HD visuals with a cartoon feel. The action here is backed by an Arabian style soundtrack which makes the theme enjoyable and fun. The slot’s range of instant win prizes, stacked wild symbols and free spins which make for decent a win combination.

If you get lucky with any extra wilds, the genie in the slot will make all your jackpot dreams come true if good fortune is smiling upon you. This is a medium variance slot and one of the best Pragmatic Play casino slots they’ve released in a long time. If you enjoy a good Arabian theme, make sure you give this slot a go to see what you’re missing. Play online bingo games at Umbingo.