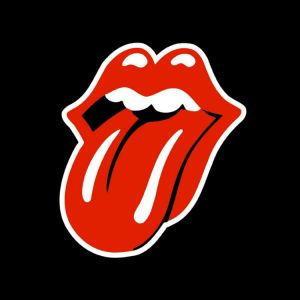 The use of rock musicians in online slots games will seem very familiar to anyone who has browsed the rage of online slots games in their favourite casino. There have always been slots games that have adopted music or musicians as their theme, from the earliest days of online casinos. The developer Leander, for example, used the heavy metal band Megadeth as the theme for one of their very earliest games. The links between the gambling industry and the music business have always been strong too. Find themed best bingo online games here.

Musicians have often performed at casinos, and the links between the kind of entertainment that musicians offer and gambling have always been strong. There is certainly an element of the rock and roll lifestyle that has been enacted in casinos over the years, and it is no surprise to see famous musicians used to brand slot games.

Here, we will take a closer look at five excellent online slots games that make use of rock musicians as their branding and theme. You may find that some of your favourite musicians have a slots game out there to add yet more texture to your enjoyment of their music.

The Rolling Stones, who have been in existence since 1962, are the world’s greatest rock and roll band. Still touring in their 70s, Mick Jagger, Keith Richards and Charlie Watts, the three original members of the band who are still active, are absolute rock legends. It is no surprise that the slots game that carries the band’s branding is also excellent.

The game came out in 2015, and features many of the band’s most iconic hits on its soundtrack. There are four rows, five reels and 40 paylines used in the game. The symbols on the reels reflect the music of the Stones, with items like guitars, VIP passes and drum kits appearing. The four members of the band appear on the reels too, with Keith, Mick and Charlie turning up alongside Ronnie Wood, who joined the band when Mick Taylor left in the mid-1970s.

The game’s wild symbol is the band’s famous lapping tongue logo, which used to adorn the side of their private planes when they were on tour. Bonus features are named after albums and songs, so you can find the Start Me Up feature as well as the Steel Wheels feature. This is an all-round great slots game for Stones fans, or just music fans in general.

Net Entertainment are one of the online slots sector’s best known games developers, so it is not too surprising that they have linked up with several rock acts to produce music-themed slots games. One of these is a game based on the wild men of late 80s heavy metal, Guns ‘N Roses. There are a host of wild symbols in this game, with Appetite for Destruction special wilds available alongside stacked wilds.

There is a bonus feature called Crowd Pleaser, alongside a free spins feature, as well as a random multiplier called Solo. The reference there to the guitar playing of Slash should be obvious to anyone who has ever heard of the band. If you like exciting slots games with great bonus features you should love this title, whether you are G’N’R fan or not.

If you want to go right back to the roots of rock and roll then Elvis Presley is one of the most iconic figures there is. He was possibly the world’s first true rock star, and he inspired almost everyone who came after him to some extent. It is no surprise, then, that there is an online slots game based on the work of ‘the King’.

The game was developed by WMS Gaming, and it will take you right back to Presley’s 1950s heyday, with its graphics reflecting the era of classic juke boxes and milk bars. You can also hear plenty of Presley’s music, with tunes such as Viva Las Vegas and Hound Dog helping to enliven the experience and make it even more immersive.

This game from the developer Saucify is a little bit different, in that it is not based on the lives or works of one act, but on the genre of rock music in general. The focus is on the 1960s here, with the reels being populated with symbols that recall rock’s heyday.

Hippie vans and backstage passes for the Woodstock festival are among the symbols used on the reels, and the game certainly immerses you in the world of rock stars like Jimi Hendrix. There is a bonus feature that offers up to 40 free spins, and you can also pick up plenty of stake multipliers. The Reel Rockin Tour bonus also gives you the chance to pick up more lucrative prizes.

The Rock Star online slots game is another title that does not relate to a specific musical act or personality, but to the genre of rock music in general. You join a band on stage that bears more than a passing resemblance to Guns ‘N Roses. If you manage to pick up enough guitar symbols then you trigger the Epic Solo bonus game. Three of the ticket symbols triggers another bonus game, in which you play the notes on the screen to earn credits.

Concluding thoughts on the Music Slots

As can be seen from the above, the links between the online slots game sector and the music industry remain very strong indeed. Many great bands have been used as branding for online slots games over the years, with truly iconic acts like the Rolling Stones and Elvis Presley appearing in various games. Heavy metal acts seem to be the bands that have turned up most often in slots games, but other musicians have made an appearance too.

The links between the gambling and music industries have always been strong. Next time you are in your favourite online UK casino, be sure to check out what games are on offer with a musical theme. It might just surprise you how many games of this type there are out there, as well as some amazing slot promotions that there are available.

If you prefer to play some £15 free bingo no deposit make sure to check out our bingo game list today!