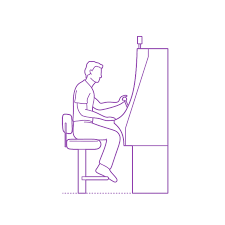 The History and Evolution of Slot Machines

The History and Evolution Slot Machines

The slot machine is the most famous casino game ever developed even if they were first designed back in the 19th century. A notable percentage of casino profits come from slot machines. From slot machines in the traditional casinos to mobile online slot games, there are thousands of slot games played by millions of players all around the world. A slot machine is a gambling machine that spins reels after the player puts in money. The player pushes buttons to stop the reels and, hopefully, lands on a winning combination. The game will then automatically payout the winner.

If you have ever gone to a brick and mortar casino before, you’ll understand why a lot of people enjoy the slot machines. They don’t require planning and thinking. As long as you have money and a lot of luck, you have a chance to win with the online slots.

Slot machines have an international appeal, and they make up thirty percent of the profit of most casinos. In England, slot machines are usually called fruit machines because most slots use fruit themes and symbols. Slot machines in Australia are called 'pokies' because the first symbols were from poker cards. No matter the name, players globally love slots. Slots have a rich history, so the question here is, where did these slots actually come from?

To learn more about this read our full story below, or just head to the best free bingo sites and try out some of the best slot games! Check below some of the slots offered today online.

The inventor of the Slot Machine

Slots are dated back to the late 19th century, 1891 specifically, when Sitmann and Pitt of Brooklyn, New York, introduced the first gambling machine. The machine wasn't exactly a slot machine but was more of a poker machine. It followed a poker theme in both the symbols and concepts. The device consisted of five drums that held fifty cards down. It was played by pulling a lever instead of pressing a button. When the player puts money in the machine, they will pull the lever. Then, the drums will spin the cards and land on one. If the bar owner wanted to increase the house edge, the jack of hearts and ten of spades would be removed from the machine. This will decrease, by half, the odds of getting a royal flush.  The poker machine could be played for just one nickel, and it was placed in many bars to play. There were no cash rewards with the original poker machine. Instead, it could be drinks on the house at the bar the machine was at or free cigars.

It was the first poker machine that paved the way for the first actual slot machine. The term, 'slot machine' was gotten from the slit in the machines where the players drop the coins that they want to stake. Thus, 'slot' was obtained from 'slit.' Even if online slots are played more today, the term remains relevant. There is no exact time when the first slot machine was invented, but the time ran between 1887 and 1895. This was designed by a man named Charles Fey in California. The name of the slot machine was the Liberty Bell, and it was a three-reel slot. The game was able to activate the winning payouts immediately. Apart from the usual card symbols, the first slot machine also used the liberty bell symbol and horseshoes. 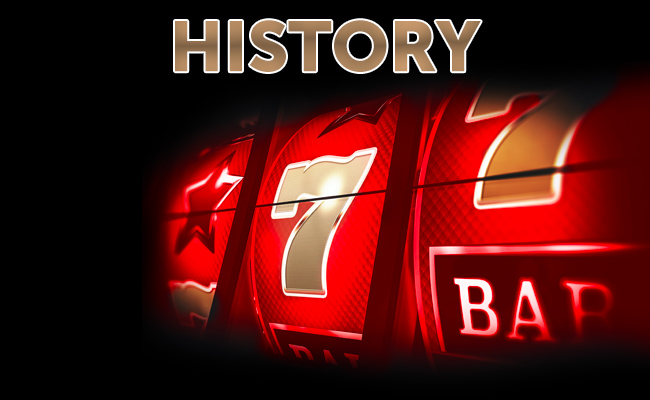 To win the Liberty Bell slot machine, the player had to line up all the symbols. This was the winning combination. When the first slot machine was released, it was an immediate hit. Many people began to play slots, and other competitors started to copy him and publish more slot machines because he did not apply for a patent to protect his design. The first slot machine also attracted a nickname from people based on its lever placed on the side of the device. The nickname was the 'one-armed bandit.'

In 1896, Charles Fey was able to start up a Slot Machine Factory, which increased the popularity of the slot machines. Although the Liberty Bell slot machine is not working anymore and cannot be played, it is on display in Reno at a museum.

Evolution of the Slot Machine – The First Fruit Machine

Although the first slot machine was developed around 1895, it became officially banned in 1902. Even with this, the manufacturing of the Liberty Bell slot machine continued irrespective of the ban. Because of the ban, the slot machine could no longer give out cash prizes. This led to the era of fruit machines. Fruit machines made use of fruit-themed symbols, and the winnings from the device were sweets and chewing gums. The desserts you got had the flavor of the fruits that form the winning combination. The first fruit machine was produced in 1907. It was called the Operator Bell, and it was developed by Herbert Mills, a Chicago based manufacturer.

One year later, shops, bowling alleys, tobacconists, and salons now had the fruit machine for customers to play. This was the first time the BAR symbol was used in slot machines. The Bell-Fruit company's logo influenced the BAR symbol. The other symbols used were cherries, melons, oranges, and apples.

Slot machines were operated mechanically for decades after this. All slot machines were played by pulling down a lever that spun the reels. The gear will pull on the string in the machine, and this will stop the reels from turning. The way the slot was played, it gave players the delusion that they determined the outcome of the game even if it was random.

Since then, fruit machines have been a favorite amongst casino players. There are hundreds of online slots that are fruit-themed today. 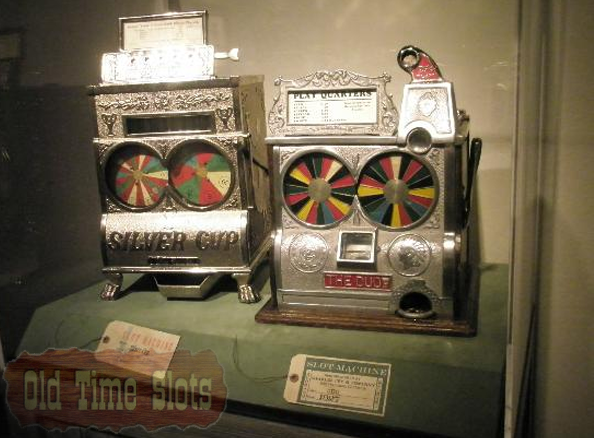 All the slot machines developed before were operated mechanically, until 1964 when Bally released the first electromechanical slot. The slot machine was called Money Honey, and the operation of the reels was purely electrical. Even with this, players still had to pull down the lever before the reels could start spinning. It was operated this way because players at that time were already used to using a lever to play the slot machine, so introducing a new mode would have been unfamiliar. The slot machine used symbols like a star, gem, crown, clover, and the triple 7s.

The Money Honey slot machine was also the first one to feature a bottomless hopper. This allowed the slot machine to payout wins up to five hundred coins automatically. The Money Honey slot became very popular once it was released, and electromechanical slots dominated other types of slots in the 1960s. As time went on, the lever was removed from the electromechanical slots, and they became more like the modern slot machines we have today.

Onwards to the Video Slot

Between 1976 and 1978, the first video slot was released to the casino industry. The video slot was developed by Fortune Coin, a Las Vegas-based company, although it was manufactured in Kearny Mesa, California. The video slot features a Sony TV of nineteen inches, which was modified to be used as the display. The first place the game was available was at the Hilton Hotel in Las Vegas. After some modifications to the game to make it cheat-proof, the video slot machine was approved by the State Gaming Commission in Nevada. After this, its popularity continued to increase, and it became very famous in the Las Vegas Strip. By 1978, International Gaming Technology acquired Fortune Coin, so the first video slot came under them.

Video slots have been loved by players from the time it was released in 1976 till now that it can even be played online and on modern slot machines.

By 2012, a study conducted in England revealed that citizens spend 5 billion pounds approximately on video slots. On both slot machines and the online slots, this massive amount of money was generated from one country. It is a wonder how much is spent in the whole world, and this all started with a small slot machine game in 1891. 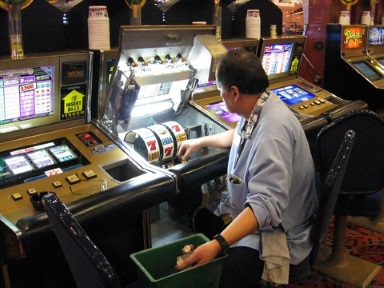 From Video Slots to Online Slots in 2020

As the internet boom occurred in the mid-90s, the emergence of the first online slots also came along. In the beginning, as the internet became popular, it was the standard casino games such as blackjack and the roulette that could be played online. Shortly after, slots were also added to the online casino games.

Just like the way slot machines skyrocketed into popularity and surpassed other casino games in the brick and mortar casinos, online slots also became very popular on the internet and moved up to be one of the top online casino games.

Now, online slots have different structures, designs, and are played on more than five reels. These games have an endless list of themes and symbols used to play the game. A lot of these games have even introduced exciting features like the wild card, which increases the time the player uses to win a round after spinning, and the scatter, which unlocks a wide array of bonuses. The games also feature dramatic bonus rounds that lead to a lot of prizes and big winnings. Some of these slots also offer a progressive jackpot and big wins. Players go for slots with high RTPs. This sounds for the Returns to Player, and the higher the RTP, the higher the payout that the players get. 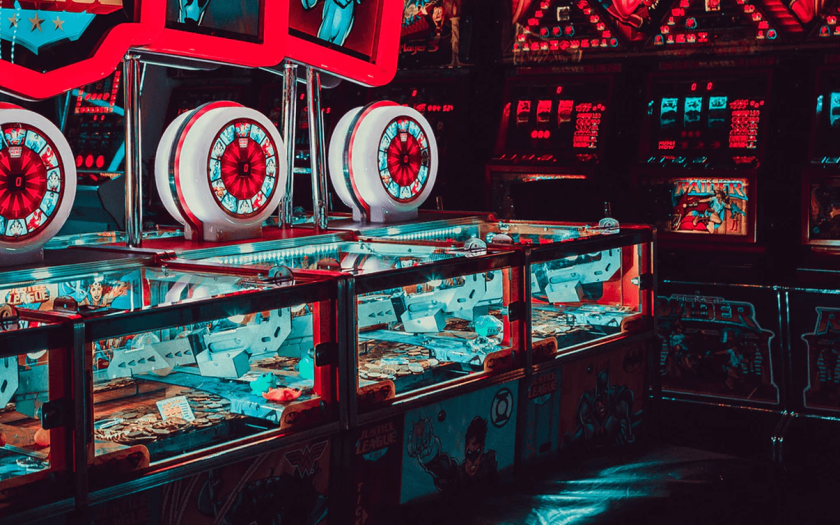 The Future of Slots – Things we can’t wait for

The number of slot developers and their games has increased considerably over the years. Even if there is a limited amount of slot machines in traditional casinos, the amount is hardly felt because of the endless trickle of online slots into the casino industry regularly. With over a hundred slot developers, online slots continue to be released with different themes, ideas, bonuses, and features as well as improved graphics, effects, and gameplay. The slot developers range from the small companies that provide a limited number of slots to large companies like Microgaming that have released about five hundred online slots. All in all, there are more than 2,000 online slots around the world.

The online slot industry has been moving forward and is making no move to slow down. From small machines in bars and salons to allowing players to spin slots on the go, it is evident that slots will remain a favorite amongst all casino players. No casino player does not know or has not played an online slot. Slot machines and online slots both have a common feature: they are fun to play and allow players to win big! Many sites have also in place slot and online bingo offers, so don’t miss out..

Be sure to check out the free bingo no deposit option at Umbingo, which can be applied to some of the best bingo games in the market!