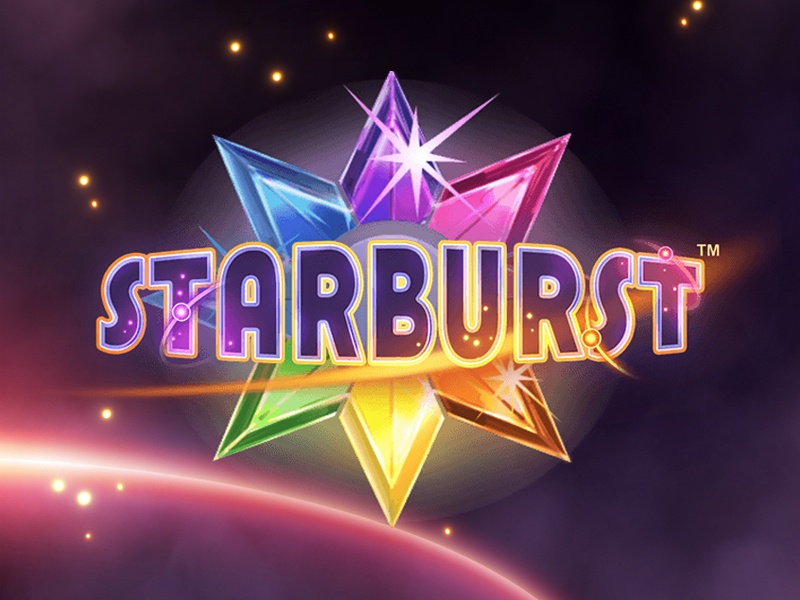 Let the online slot game Starburst burst onto your screen in an explosion of colour and fun, now on Umbingo, the best bingo sites uk! This game was created by NetEnt, and if you like traditional slot games then you’re sure to enjoy this one. Those of you out there who like purple are in luck! The game has a dark purple background to represent space, as that’s where the game is set. The graphics are so well crafted – not a detail is missed! Take the stars glistening in the background for example.

There’s actually even a shooting star! And the reels are transparent in  Starburst free spins game. So everything adds up and gives the game an other-worldly feel. What Starburst game would be complete without the gems? Of course, they are decorated in an array of colours. You have the option to play this fast-paced slot game on your mobile device or PC. This is convenient as you can play on the go or in the comfort of your own home. The game has 10 paylines, 5 reels and 3 rows. The expected Return to Player is 96.1%. Read on to find out more about this entertaining game.

Developers of the Starburst Game: NetEnt

The company NetEnt will definitely ring a bell for experienced gamers. They are a global company with over 200 games of varying themes and top promotions, such as our no deposit bonus bingo offer. Pontus Lindwall is the founder of the company back in 1996. Since the mid-1990’s the company has been one of the key players on the online casino games market. They say they are the true pioneer in driving the market forward with their thrilling games. They pride themselves on creating games that are unique and informed.

Take a look at the list of free slot game below for some further options:

About Starburst Casino Games - Getting Started

So how do you play this game? First, you will need to establish how many paylines you want to keep active. In this game, it is between 1 and 10. Then it is time to start! You need to bet to begin, the minimum bet is £0.10 and the maximum bet is £100.00. Then you can Spin! You can use the Autoplay button if you want the game to spin automatically. You can do this for a set number of rounds, meaning you can sit back and watch the game unfold. The Wild symbol in this game is the Starburst Wild. Like other Wilds it can substitute any other symbol in the game - it will expand over them! This particular Wild has the ability to land on the middle 3 reels. This multi-coloured symbol could give you some high wins.

This game is chock a block full of bonuses and special features! The Starburst Wild symbols don’t just have the ability to expand, they also have the ability to trigger a re-spin. This is a definite bonus of the game as it gives you more chances to win. Remember the maximum number of spins per round is 3. So the next bonus of this game is the fact that you can play it both ways. In most online slot games you have to start from the left to get winning combinations. But in Starburst you can play from any direction and win! You need three of the gem symbols (Wilds don’t affect this feature) on the same payline. This is the best feature of the game, wouldn’t you agree?

Another special feature this game offers is Symbol Blocks. When you’re playing Starburst you may notice symbols making shapes. If you get one of these you will be rewarded with a higher level prize. The great thing about Symbol Blocks is that they occur fairly often during gameplay.

Do you want to win the Jackpot? Who doesn’t! You will need the 5 highest paying symbols of the game (the Bar). The spin has to have had the maximum bet placed on it. Then if you win the line bet will be multiplied by 250. 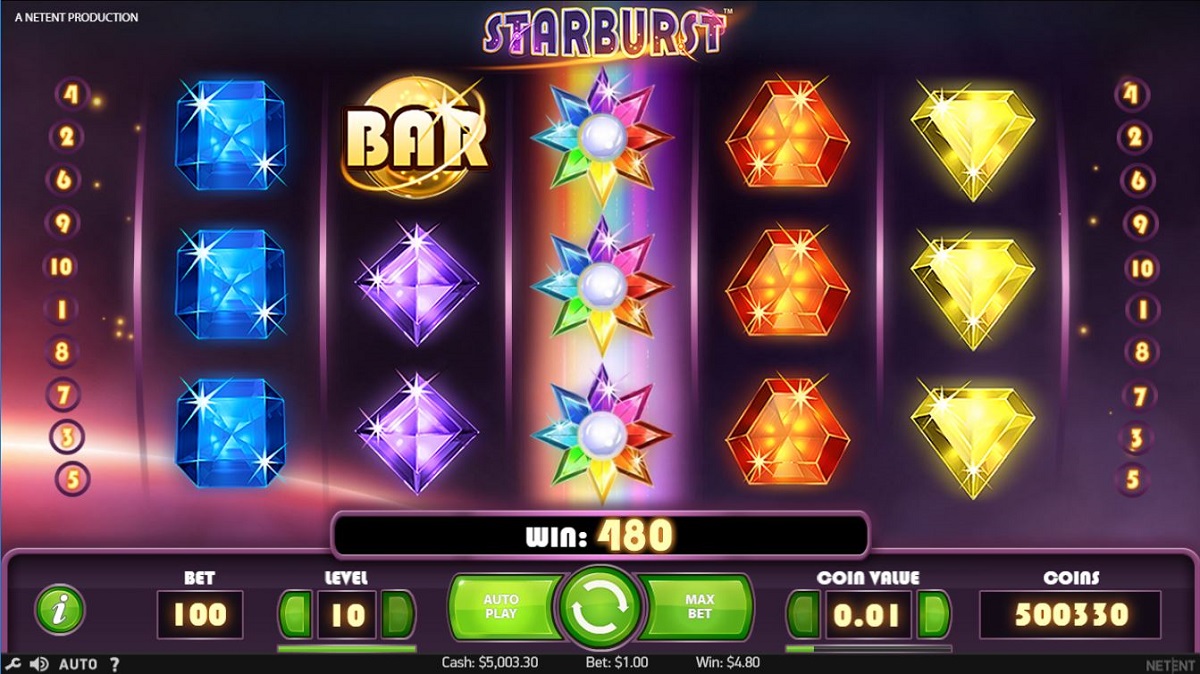 Last thoughts on the Starburst - Hit or Miss?

Well, it’s not a surprise that this game is a firm favourite among gamers! The beautiful interstellar theme is so engaging and a treat for the eyes. The bright colours will certainly brighten up your day! Our favourite part is when the Wilds cause bright explosions that cover the reels. The shooting stars combined with the purple background is particularly striking as well. You will definitely relish the show of lights whenever you win - what more can you ask for to celebrate your win? (Except money of course)! NetEnt has created a striking looking game that they should be proud of. But it’s not only the theme that we liked – the game is produced so well. If you don't fancy this maybe you will enjoy Fairground slots instead!

The game combines modern video technology with traditional online slot game features. The bonus and special features of the Starburst game are up there with some of the best we’ve seen. In particular the Multi-Way Winning Feature; more games should follow their example. The wins on offer are excellent as well. If you want to win the Jackpot, remember to keep an eye out for that Bar symbol! So what are you waiting for? Go and play Starburst today. You never know, you might win big! Play free bingo games for android at Umbingo.