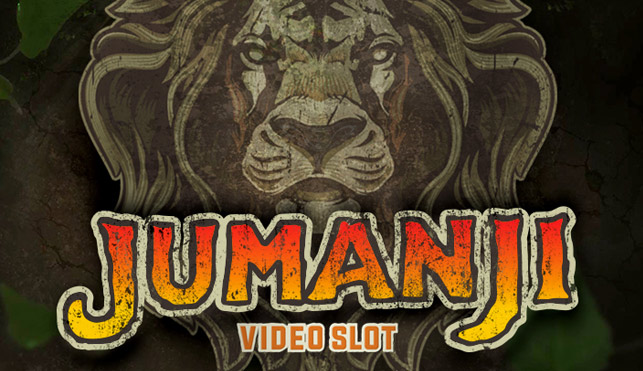 Jumanji is an exhilarating online casino game and is motivated by the popular action-packed Jumanji movie, first released in 1995, and starred actors like the hilarious Robin Williams and Kirsten Dunst.

A board game with mysterious powers was the central prop for the movie and with each roll of the dice; bizarre things would happen to Alan.

So, as such, in this game from a free online bingo sites, these strange occurrences become part of the action with each spin of the reel.

So, expect to see wild animals, stampedes, monkey chaos and experience the cries of the jungle, in your quest to free Alan, wink, wink.

Expectation vs Reality - What to Expect From Jumanji Slot?

You would expect a game that is themed from the movie to be fun, funny and capturing therefore you will not be disappointed in this offering of online bingo games promotions.

This game gives you all the feel of the jungle, the great graphic visuals that you expect and the resonance and sounds you would anticipate as if you were actually in the jungle.

Jumanji is a 5 reel, 36 payline slot with numbered reels that pay from left to right. It can be played on all electronic devices from laptops to mobiles.

The Jumanji online slot has 4 different features with re-spins, symbol re-arrangements, sticky wilds, and wild reels. The bonus in the Board Game is the most important reward and is the option to aim for.

The reel’s symbols comprise of J, Q, K, A cards to play and also 4 high-value symbols displayed in the form of lions, crocodiles, pelicans and rhinos.

The most worthwhile of all of the symbols is the lion and rewards you with a 14x win for five across a pay line.  A wild symbol can replace all the symbols except for the Scatter. More online slot games here!

Four randomly triggered features can emerge in the main game and they comprise of:

Scatter symbols of three, four or five that appear anywhere on the reels will start the Board Game and awards six, seven or eight dice rolls and the entertaining part of the game kicks in.

You will be requested to select one token out of 4 and you then get to roll two dices and subsequently move the token around the board. The Board Game awards you can get are the following:

Hit or Miss - Here's Our Take on Jumanji Slot Game

Jumanji is such a huge sensation because of its high quality but although the foundation game is a great experience the popular Board Game gives you the most potential.

Decent wins can be a reality if the sessions go on for a long while allowing you to collect a great selection of prizes throughout bingo slots and games. Play this game with 500 free spins at Umbingo, or try some no deposit bingo!

So, go on, have fun with this adventurous, jungle-themed, thrilling game and you might even come away with a happy win! You might also like to try Jewel Journey slot game.

Jumanji Slot was released in 2018 by NetEnt who, for 20 years has been at the forefront of successful online casino games.

Their games are played by thousands of people from all over the world and the talent they possess is evident in the fact that they have hundreds of games to choose from, all with equally thrilling adventures and continuously packed with fun.

Their amazing graphics, animation, and quality in Jumanji gives you the feeling you could very well be playing in the jungle for real.

I would just like to briefly mention a few other games by this developer who keeps growing from strength to strength with their cutting-edge platform.

These rank near the top of the popularity scale: